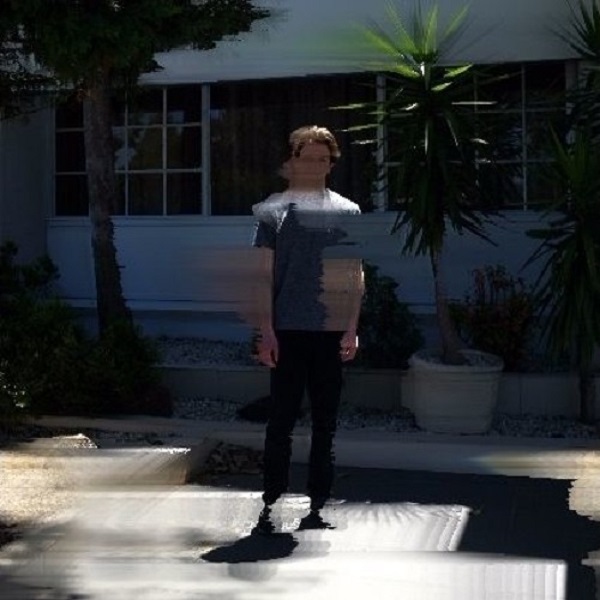 Young Melbourne-based producer R Hunter, aka Asher Elazary, inhabits an intriguing zone where found sound, noise, and techno-leaning electronic music intersect. It’s a zone he shares with other contemporary fringe-dwelling artists like Sd Laika, Amnesia Scanner, and Dedekind Cut. His debut, Estrus, released via Nice Music late last year, is a saturated deconstruction of club music, in which pummelling rhythms emerge from sludgy collages of sound, only to drown again in the frenzy. This is music to soundtrack your next anxiety-fuelled nightmare, forward-thinking, introspective and challenging.

Starting out playing guitar, Asher followed a number of musical paths before deciding to focus his efforts on electronic music – something he’d previously only dabbled in. Currently studying classical composition, Asher is interested in “electronic music that deconstructs the genre and re-contextualises it outside of club spaces”. “The idea that an artist is able to communicate their identity and life experience through a certain choice of sounds, particularly via sampling and field recording,” he says, is particularly important to him.

Asher explores memories and different emotional spaces, processing sounds via “fairly destructive audio programs” he’s written, which form the structural basis of each hellish soundscape. “I guess I found it amusing to explore my own trauma through techno and electronic music,” he explains, “probably because I am absolutely terrified of clubs”. Asher also uses his live sets to address the origins of anxiety and trauma. He spent a lot of time designing tools that allow him to remix and loop elements on the spot, and he’s created intense audio-reactive visuals that he describes as “somewhere between the Gantz Graf [Autechre] music video and the Windows 98 maze screensaver” (the latter a playful reminder that his computer is always on the verge of a meltdown).

Asher is currently working on new music, moving away from dance music formats and focussing on the noise elements. His approach to writing music has also changed, with a new emphasis on live performance.

Before we get to hear new music from Asher, he’s created this mix for whothehell.net, with music from a host of international and local artists including Hyde, Pollen Trio and Marcus (not Singing), as well as some exclusive R Hunter material and remixes. Get down and dirty for the next 45 mins.