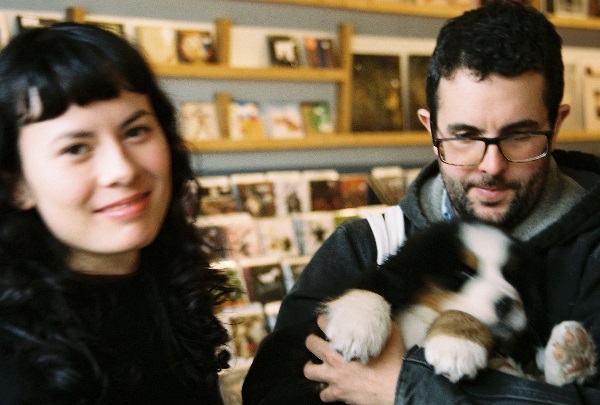 Electronic duo, Rolling Mass, is a collaboration between Melbourne artists, Carolyn Schofield and Max Kohane. On paper their respective work appears to have few points of intersection musically, Schofield with her sprawling ambient synth explorations as Fia Fell, and Kohane with his exhaustive discography taking in grindcore, modern composition, sample-based beat music and beyond. Their debut EP, Prime Unity, doesn’t favour either camp but instead uses elements from each artists’ sound to explore something new altogether. The result is an intriguing mix of techno and free-form electronica where bubbling samples meld with pulsating synth in an evolving sound world that is both nostalgic and futuristic.

Despite only containing 3 tracks the EP feels expansive, each piece stretching out beyond its own orbit. Prime Unity will no doubt appeal to fans of Schofield and Kohane’s individual work, and should also pick up some new fans ready to take this unique voyage. The EP is available on vinyl and digitally via Brain Dead Records here.

To celebrate the release of their EP the duo have compiled an exclusive mix for whothehell. Featuring tracks from heavy weights like Carter Tutti Void and Jan Jelinek alongside more obscure artists such as Tourist Kid and Body of Adonis, the mix provides great insight into some of the music they enjoy and the music they create.