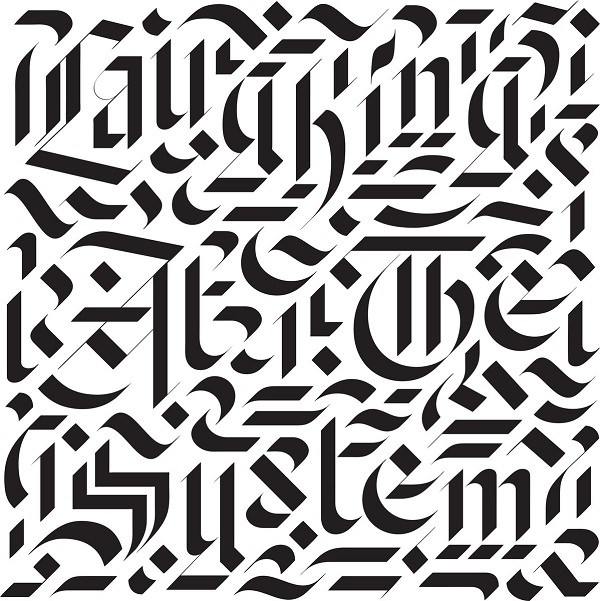 I finally got to see Total Control for the first time at the Opera House show. It was in Sydney so everyone basically stood there with their arms crossed the whole time, and it was a huge show so cunts called out for ‘Carpet Rash’, then didn’t really react or move for any other song, even like, ‘Black Spring’ or ‘Safety Net’. But whatever, I got what I wanted out of it – I got to see my favourite band play some of my favourite songs and I got to feel the anger and the energy and the melodies that tear you apart and look at all those men on stage and feel like I got some closure on something. After two staunchly beautifully complicatedly moving records they don’t owe us anything. But hey, this new record is something else entirely.

It doesn’t crack through like the other two, there’s less urgency and more playfulness. Maybe music in general has lost some urgency. With every new niche that opens up and every person that ages out of their scene and every new kid who books their first show we move away from the world of Serious Music that Henge Beat came out in. While it used to feel like genuine expression of anger and fear could change something, it’s now more like everything’s so terrifying it’s rolled over into being ridiculous. It’s hard to fathom how fucked we all are sometimes. I’ve moved to Tasmania and started hoarding car batteries. So let’s enjoy this very good and fun record.

It’s not the first time Total Control have had a sense of humour – those huge metal guitars in ‘Expensive Dog’, over the top in a ridiculously theatrical way, that felt like them having fun. But this is definitely the most irreverent we’ve heard them, despite the title track starting us off with a kind of sinister circus slide into madness, and the closing reprise finishing with something startlingly hectic. You’d be forgiven for thinking you were in for more of the same with those familiar obtusely serious, vaguely political lyrics; ‘celebrate intoxicants / laughing at the sentiment’, but you’d be wrong.

Because after that heavy intro we’re straight into the album’s strange and catchy highlight, ‘Future Creme’ with it’s toy-sounding instruments, Dan Stewart crooning ‘lost in the future / I am your milkman’ over a fuzzy groove and acoustic guitars, a strange echo-ey voice describes the process of cheese making in the middle. Have Total Control ever been weird before? Obtuse and abrasive, sure, but not silly. I love it.

‘Vanity’ again puts you off-guard with its preening stomp, it’s rolled ‘r’s and rhymes, Stewart announcing ‘guitar!’ before the most trashed-up, wacky guitar solo, like yeah, there’s the fucking guitar. This track might give us the most clear explanation of what’s going on with this record in the lyrics ‘when you stop having any fun / your mind stops loving anyone’. Maybe? ‘Vote Cops’ throws out a distorted play on a blues riff over Stewarts’ familiar matter-of-fact directives. The melody’s so hard to grip onto, it makes you wanna go back. Like what the fuck was that. The lyrics seem like the kind of obscure social commentary we’re used to ‘vote cops / more shops / more more more more’ and ‘get cred / move fast/ get spent / built’, but delivered in a newly resigned way.

Maybe they’re bored of big show-stopper riffs, cuz the electric guitar on this record seems like more of a noise or rhythm instrument. Most of the proper songs rest on light-as-air synth and acoustic guitar. The second half of the album, before the final jarring reprise of ‘Laughing at the System’ is all sweetness and light. ‘Luxury Vacuum’s swinging acoustic chords sound almost cheeky, after ‘Her Majesty, Budgie’’s pulsing and panoramic synth, and before the prettily weird bleep-bloops of ‘Cathie and Marg’.

This is the most happily confused I’ve been about a record in a long time.