Here’s another list to add to your…list. Following on from the self-proclaimed success of our ‘2017 in 10 tracks’ list from last year, we’ve decided to compile yet another list of tracks that gave us the feels in 2018.

Join us again in 2019 for another year of infrequent ramblings about great music. 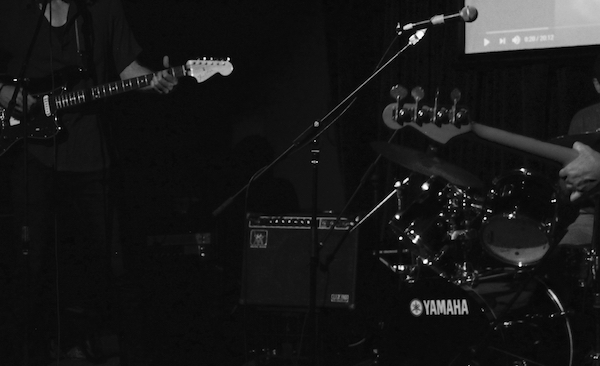 How to choose a song off Sugar Still Melts in the Rain? Probably not going to be the one that you tapped your toe the most to this year. Probably gonna be the one that still wrecks you for minutes after it finished, staring off in to space feeling that literal wrench that’s so rare in things that get called ‘heart-wrenching’. ‘Five Months’ is that song. But ‘Bauble on a Chain’ is the one I sent to people saying something eloquent like ‘FKKKKKKK!’ .It’s the best example Chadwick’s genius for capturing so much in a few biting lines, floating above this simple wandering piano line – a moment of almost lightness and total beauty.

Rebel Yell’s other half Grace Stevenson is super prolific – this year alone she’s released an EP, a remix single, a Christmas EP, moved from Brisbane to Sydney and started a new seemingly more pop-focused project called Soft Touch. ‘Toxic’ is my favourite thing she’s done this year because she really seems to let loose – without the trademark harsh distortion on her vocals she steps into a new kind of persona, sneering at posers ‘bum-puffing durries in the line to TBC’ or buying Instagram likes. It’s an anthem for everyone who’s ever been creeped on or patronised with the chorus ‘back off don’t touch me get off my rave / back off don’t touch me get off my stage’. And, like all of Stephenson’s stuff, it absolutely rips.

Harmony – Love is a Chemical High
Harmony’s tremendous 2018 album, Double Negative, brims with a raw majesty, the songs are scrappy, vulnerable and catchy as hell. ‘Love is a Chemical High’ is quintessential Harmony, pairing stripped back guitar and drums with the band’s trademark vocal sound. The rag tag soul of backing vocalists Amanda Roff, Quinn Veldhuis and Maria Kastaniotis shift from punctuating oohs and aahs to devastating harmonies as the song boils over into full-blown rock catharsis.

This song plays in my head every time I have to walk down a dark street late at night. It’s thrilling, it’s powerful, and it makes me feel TOUGH. Discipline Reaction was one of my favourite records of this year, and this track encapsulates everything I loved about it. The use of drama and tension is masterful, and makes the Go the Fuck Off moment at the end all the more satisfying. You can’t listen to this track online though, you’ll just have to buy the album.

Sydney’s own emo-rap prince, Bilby, is going from strength to strength. Kicking off 2018 with a slight left-hand turn in Walkin 2 the Lake, an EP produced entirely by U.S. artist Meltycanon, this was followed by his new full-length, Shade. The new album further hones the Bilby sound, all jangly guitar, trap beats and smooth af vocal hooks. ‘November Nights’, as the title suggests, is the perfect gateway to summer, the lazy guitar setting the scene for Bilby’s melodic sing/rap style.

Madboots have been one of the best live bands in Brisbane for so long, and their EP 2HARD from this year gives everyone else just a little taste of how cool their music is. It’s hip hop that sounds like you turned the radio on in 1994, with lyrics that are equally funny, dirty, sweet and tough. I picked this song because it’s about needing a huge headstone ‘Cuz I can see in the future / I’m gonna need room to / spread my legs in my tomb yeah’.

Now that Liars is essentially the solo project of frontman Angus Andrew, I think we can safely claim it as Australian, thus its inclusion here. After Andrew proved he could handle the weight of the project by himself with last year’s TFCF, he swiftly followed this with the companion album, TWTWF (Titles With the Word Fountain), a collection of indietronic abstractions and various musical bric-a-brac that is no less intriguing than its more fully formed sibling. ‘Murdrum’s’ propulsive beat, delicate synth arpeggios and Andrew’s unassuming falsetto are eerie and affecting, a mood captured beautifully in the accompanying video.

In 2018 Tangents proved their breakout album, Stateless, was no fluke. Their follow up effort, New Bodies, is equally as rich while introducing new directions and elements further developing their already expansive palette.
If that wasn’t enough, they also gave us Stents + Arteries earlier in the year, an EP featuring an album cut and 2 new tracks. Opener ‘Stents’ is Tangents at their best, slowly building from drum scraps and flittering electronics, cello and piano parts are subtly introduced as the piece continues to grow before exploding in a cacophony of processed drums and whirlwind piano.

I found some of The Goon Sax’s second record a bit overcooked, but these first two tracks seem to hold on to some of the easy honesty that made their debut such an undeniable hit. Both songs bare the band’s early aus-jangle influences unapologetically, where in other parts they seem to be trying a bit too hard to show us something new. A classic second album thing from a young bands with heaps of ideas, but ‘Make Time for Love’ and ‘Love Lost’ appeal to me because they feel unburdened by irony or self-consciousness.

Air Max ’97 – Kermes
Elusive producer Air Max ’97 delivered on the promise of his earlier EPs with his killer debut full-length, Nacre. The skeletal percussion and capacious production result in an exciting electronic sound equally suited to the dance floor as it is to your headphones.