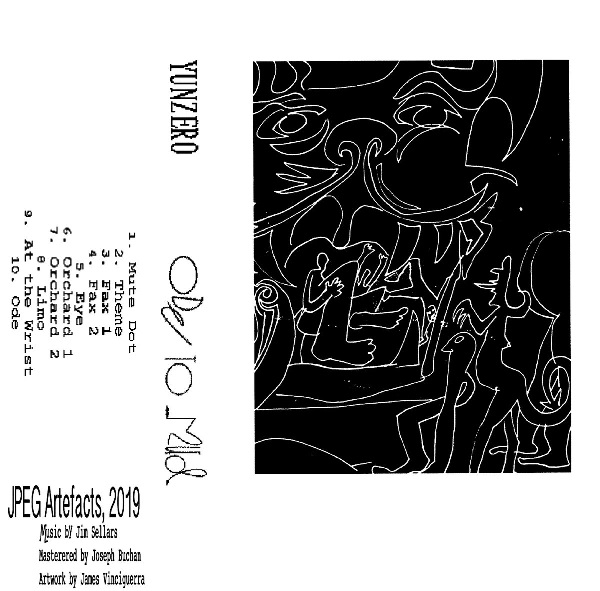 Melbourne producer Jim Sellars returns with a new album under new moniker, Yunzero. Ode To Mud, the debut release as Yunzero, follows his beguiling 2016 effort Ox Hill under the name Hyde. The name change it seems was one of convenience, opting to move away from the popular (as far as musical artist names goes), Hyde, to a somewhat more google friendly choice. But never fear, Sellars is still dealing in the distinct kaleidoscopic sound collage of his former project. Cultivating the post modernism of Oneohtrix Point Never and the spaced out productions of Shackleton in an unlikely ecosystem of world music samples, spacious field recordings, and unconventional rhythmic elements.

Long gone are the beat scene ties of his even earlier project, Electric Sea Spider; Although if you chart the interesting evolution of Sellars’ music over the years you can hear hints of his current output as far back as 2014 with his final Electric Sea Spider release, Ten Hunters. This release marked a new direction, one that spawned the complex and impossibly layered sound worlds that have become synonymous with Sellars’ work.

Ode To Mud offers more blissfully saturated sounds, but also finds Sellars delving into more hypnotic, ambient territory on tracks such as ‘Eye’, ‘Orchard 2’ and album closer, ‘Ode’. When asked how he decides what sonic direction to pursue Sellars notes that it is largely based on mood and the found sound sources he uses to create much of his music. He notes that “there isn’t much of a template for how I go about this, which is fun, but it means that a lot of end products sound different to each other, hence a lot of quieter tracks”.

With the new moniker, comes a new label with Ode To Mud being released by new comers .jpeg Artefacts. A label which, despite its relative infancy, seems to have a similarly adventurous spirit, its catalogue blurring the lines of sample-based sound art, vapourwave and lo-fi bedroom production.

Ode To Mud is available digitally and as a limited edition cassette here. Do yourself a favour and enjoy a little mind-melting sound exploration courtesy of Yunzero now.