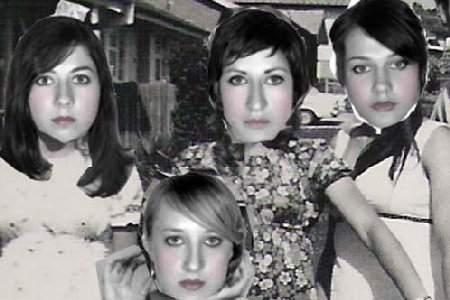 A couple of years ago – 2004, actually – I was searching through the Triple J Unearthed website for bands.  One band I came across was an all-girl group from Wollongong, NSW called Blackbird, and I was completely intruiged by their description.  However, there were no MP3s and they had no website.  I had nowhere else to go on my search until one day I saw a poster up at my uni saying that Blackbird were playing a show at the Palm Court Hotel in Corrimal (it’s a suburb near Wollongong).  So I went along and was very impressed by their great melodies and intelligent song structures.  Sure, they weren’t perfect, but they definitely had something captivating.  Touches of PJ Harvey, sprinklings of Muse, and great use of their dual guitar attack.

I’ve seen them a few more times live and still thoroughly enjoy their tunes.  They released a poorly-recorded EP Trimmings in 2005, which doesn’t really capture what they’re all about, but it’s better than nothing I guess.  They’ve won a fair few band competitions and supported some good Wollongong acts, but they haven’t played much around Sydney.  Just recently they lost their drummer Sally Wiggins (so if you’re a drummer and looking to play in a band, contact these girls).  They’ve been fairly quiet lately due to their drummer-less situation, so hopefully they find someone to hit the skins soon because I’m really keen to see what’s coming next for these Wollongong girls.