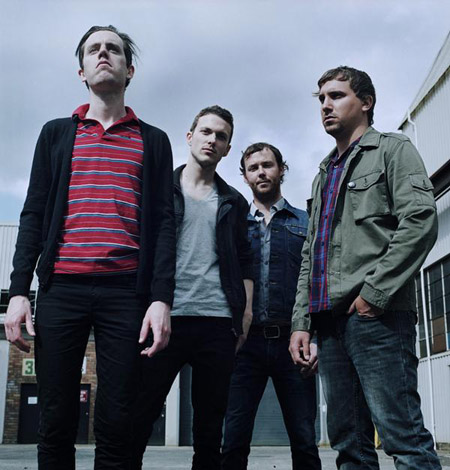 I have to admit that I grew up listening and going to see After the Fall play at venues scattered around the western suburbs of Sydney – in fact one of the first shows I ever went to was to see them and Kisschasy (the ‘Concrete Boots’ tour for those of you playing at home). It would be an understatement to say the boys have taken awhile to release their 3rd studio album but things are definitely sounding very promising with the release of first single ‘Desire’.

It’s clear that in their 4 year break After The Fall have definitely matured from the days of singles such as ‘Mirror Mirror’ and ‘Concrete Boots’ (those were the days!) but as always the guys have come up with some quality tunes. ‘Desire’ blends the kind of stadium rock sound mastered by acts such as The Killers and in more recent times Kings of Leon.

Ben Windsor’s voice presents a very strong base for the song and is helped along by some solid chugging guitars and well used backing vocals in the chorus. All of these aspects come together to create what is all in all a very good single and a fine return for these Central Coast boys.

You can catch After The Fall at the Oxford Arts Factory in Sydney this Friday (17th July) and at the Northcote Social Club next Friday (24th July).
www.myspace.com/afterthefallaustralia