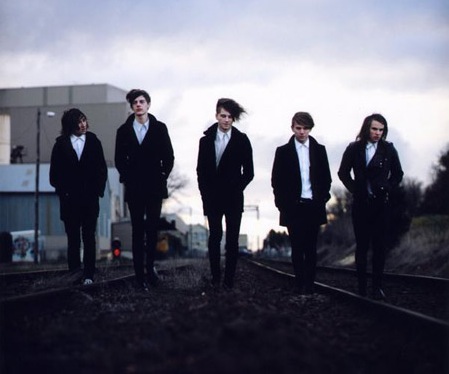 I am constantly impressed, surprised and to be honest slightly jealous at the level of talent that some of the fast emerging younger bands in Australia posses and these guys have to be up there with the best of them.

Howl are a group of brash and reckless high school kids from Ballarat who hold firm in their hands the kind of musical talent, live flair and self-confidence that most of us can only wish we had now, let alone when we were in fucking year 11! The boys are quickly making a name for themselves around Melbourne with their exciting and catchy brand of garage punk which is headed up by the raspy prepubescent wails of vocalist Lachlan Morrish and followed by some cleverly used and simple guitar riffs and group harmonies.

Live Howl possess a confidence (near cockiness) that defies their school uniforms with members of the band often joining punters off-stage and sparking the kind of movement that is sadly not often seen at shows around Melbourne nowadays. It’s this sort of behaviour that has seen the boys earn the right to support acts such as British India, Reptiles and The Scare.

There’s still a bit of room for improvement in the way of song structure with some parts in songs occasionally being a bit excessive (even though still filled with some very clever ideas) but you definitely can’t hold that against the boys who are surely on their way to some bigger things.