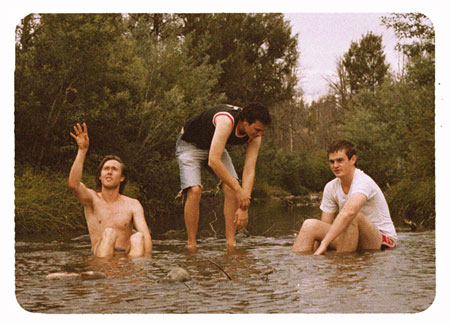 This song came out more than a year ago as a demo rotated on FBi Radio and managed to get some spot plays on national broadcaster Triple J. Even though they got the attention then, it took Soft Tigers a long time before coming out with a finished album. They’ve signed to Below Par Records/OK!Relax an unlikely label to be interested more known for their punkish leaning roster of Kisschasy, Something With Numbers, Die!Die!Die! and The Scare. This song has a classic ageless summer anthem to it, that if it were to gain the favour of mainstream radio it probably will be played for years to come in classic fm stations. Wait out for the hilarious line in the bridge that suggests the Soft Tigers guys weren’t really thinking about ice cream when they wrote this song.