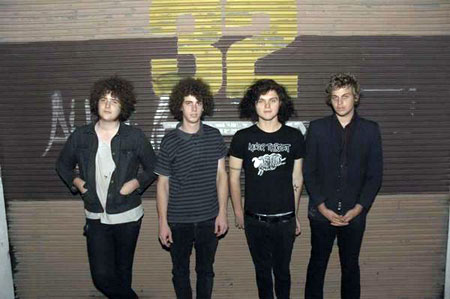 I used to live in a house of 6 people, 3 of which are big fans the prog rock/metal genre who think Omar from Mars Volta could be the second coming of the Christ. Of course I quickly got tired of it and just like the 1970s reaction to overbloated and self indulged ‘progressive’ music I turned to punk. It’s been a few years since I’ve given a serious listen to anything that can be roughly described as ‘prog’ but a few weeks ago I saw a band from Queensland called Stature:Statue. They’re definitely worth catching at least once even if you hate this kind of music as I did when I saw them. Very impressive live, I am only going to describe their sound as a cross between At The Drive-In and Blood Brothers. Anymore than that I’d be using overused and oft misunderstood adjectives that shouldn’t be used in music reviews, but common in bad label press releases. Anyway these recordings don’t do them justice, catch them live when they’re touring next in your town.