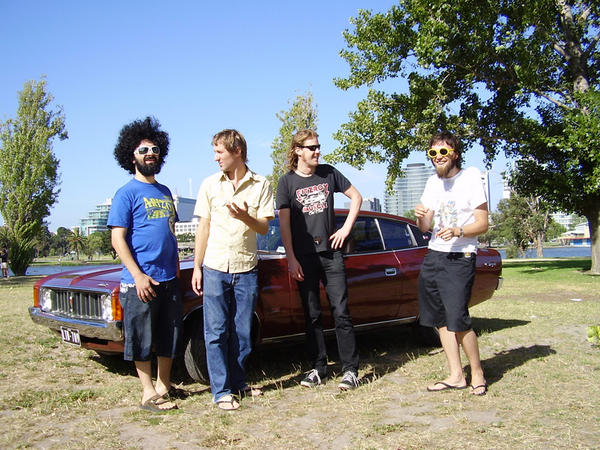 Were it not for their reputation, a name like ‘Legends of Motorsport’ could potentially put off that section of the music crowd that both hate motorsport and people who describe others/themselves as ‘legends.’ I fall into that category, but it’s hard overlook a band whose debut CD-R Parking Like A Fuckhead came out when I was all of nine years old. Something’s kept these guys together and making music for over a decade – but more importantly, something’s kept people listening. Throw awesome label Low Transit Industries into the mix and suddenly I’m pretty excited about the song that’s landed in my inbox. ‘Freedom’ was that song.

Firstly, this is RAWK music. How can one resist the goofy, over-dramatic delivery given to rather banal line “I can’t believe I never / used to like blue cheese”? If that doesn’t hook you in, the intense “NA NA NA’s” will. Singer Richard Fyshwick throws weight and energy behind lines as comically light as that opener, and the hammy passion he injects nearly convinces you that each is a valid “freedom of expression.” The guitar racket beneath his musings match Fyshwick’s energy as shout-along moments punctuate the song.

If you think Jet rock like no one else in Australia then this probably isn’t for you – but you should listen anyway, just to see how far behind they are.