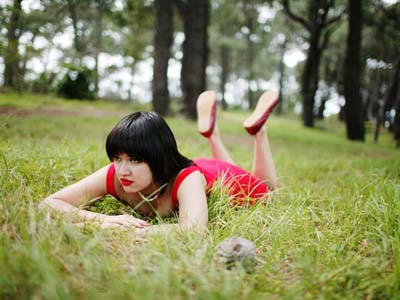 I’ve known Sui Zhen for years and have seen her performed live so many times that I thought I lost objectivity for her music. Since moving to Melbourne 6 months ago I have not seen or heard any new material until last week when I was in Sydney and heard her instantly recognisable voice on FBi Radio. Before I left she told me that she was going to collaborate with an electronic producer whose name I can’t remember now. ‘No Disko’ is the first song to come out of that recording session and it shows off a more confident and relaxed sounding Sui Zhen. The arrangement turned out to be warmer than I was expecting which is nice cos I was afraid that it would turn her to some sort of chill out/comedown music vocalist. She’s going to do a bit of touring in August I believe so keep an ear out.