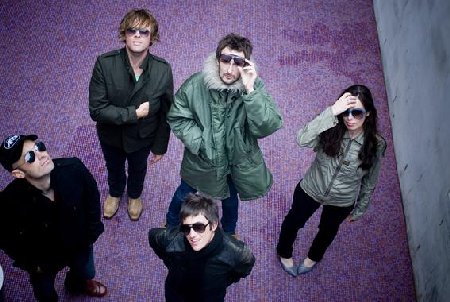 Straight outta Sydney, the resurrected The Cops return with their second single, and the most difficult song title to say on radio without sounding like you’re saying “cock” – ‘Cop Pop’.  It’s from their brand new album Drop It In Their Laps which follows on from the popularity of their last EP 80 In The Shade.

It’s a really catchy, infectious ditty and you’ll be singing the damn “do do do” hook for days.  There is an 80s pop/new wave feel to a fair few of the songs on the new album, which moves away from the more garage rock-based music of their debut record Stomp On Tripwires – which I reckon is a good move, mainly because I didn’t like their first album at all.