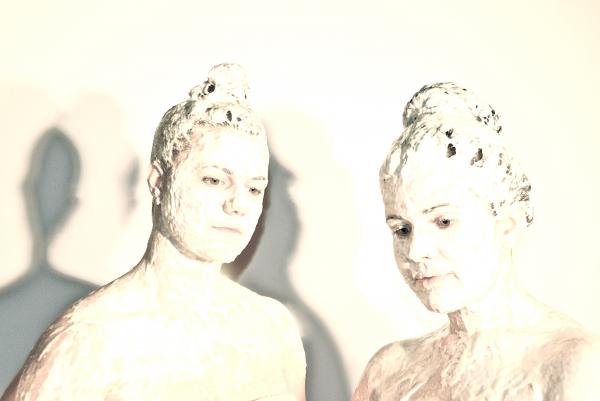 Never mind the Bjork comparisons that trail them, nor that the opening wails of this song call to mind ‘Heart it Races’ – kyü are an exciting and inventive band. With some of the best voices in Australian music, Alyx Dennison and Freya Berkhout continue to use their larynges as instruments themselves. Unlike other bands going for that ‘tribal’ vibe, kyü pad out their vocals Padded out by some basic percussion, it’s music that mixes pop with tribal

‘Pixophony’ is their latest single and it’s pretty stunning. At under three minutes, it’s a short and sweet jam that revolves around the one idea, building it up and then petering out before it overstays its welcome. Unlike other bands going for that ‘tribal’ vibe, kyü pad out their vocals with nothing more than some sparse percussion, and it’s that confidence in their vocals and restraint in arrangement that makes to you pay attention.

‘Pixophony’ is taken from their forthcoming debut album, which is out September 18.