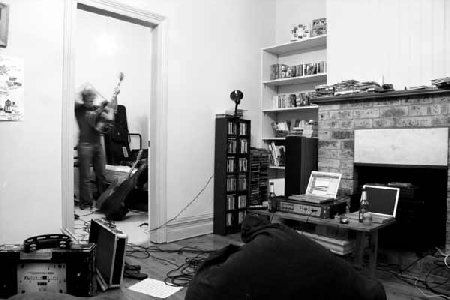 It’s a bit hard to improve on perfection, but if there’s a remix that comes close, it’d be Joe Hardy’s recombobulation of the as-close-to-perfect-as-possible Gotye song ‘Hearts A Mess’ which was originally found on the album Like Drawing Blood.

Last week I blogged about the new Gotye remix / covers album Mixed Blood and in particular, Karnivool’s heavy re-working of the song ‘The Only Way’.  This week I thought I’d showcase one remix in particular, and the song that I think is the best remix on the record.  For some reason, there’s three different versions of ‘Hearts A Mess’ on Mixed Blood but none seem to come near Joe’s remix.  It retains the beauty of the original, but adds a sublime melancholie that’s truly captivating.  Joe adds his own subtle flavours whilst still showing reverence for the original track.  The song really comes into its own around the 4 minute mark when the off-kilter drums enter the picture.

Like Faux Pas before him, Joe also maintains his own blog at http://joe.hardy.id.au/blog/. It’s a great read, very diverse and in-depth. He’s also posted some early versions of his ‘Hearts A Mess’ remix so it’s interesting to see how he got to the final product.