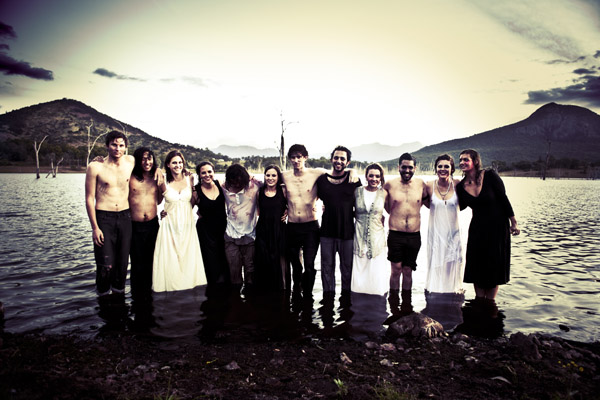 Tell Her by Charlie Mayfair

Queensland seems to be suffering from a relentless flood of fantastic music. Riding high on the wave are Charlie Mayfair, a folk-rock six piece based in Brisbane. They’re notorious for incredible live shows, filled with rolling drums, soaring multi-part harmonies and undeniable indie charm.

I heard Tell Her for the first time in a dingy alley in Brisbane after a gig. Someone threw me a rough mix and I’ve had it on loop ever since. It’s a track for dark days and harsh nights, filled with those pounding drums and heart breaking vocals. It’s a drug you can’t deny, filled with raw emotion and soul. It’s currently unreleased, but you’ll be able to get it right here in about a fortnight – and it’s so very worth the wait.

Charlie Mayfair are hopping around the country over the next few months, supporting Skipping Girl Vinegar & Emma Louise. They’re also joining Tin Sparrow for their EP launch tour – and all of that in the next month. Make the time to catch them live.