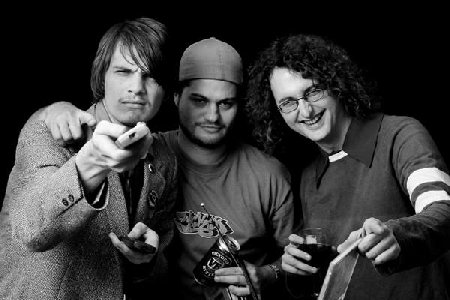 Sometimes I wish I was in a hip-hop band, just so I could give myself a cool moniker like Shazam or DJ  Bacon – like the dudes in Briztronix. Dominic Alessio sounds too much like a soccer player to ever have any cred. Plus I can’t rap. Or DJ.

But to call Briztronix – who, unsurprisingly, are originally from Brisbane – hip-hop would be doing this duo a grand disservice, because they’re more than just a throwaway tag. Briztronix is part DJ Shadow, part RJD2, part abstract jazz, part electronica and of course, hip-hop. It’s a complex musical recipe that unashamedly recalls early ’90s turntable music on labels like Ninja Tune and Mo Wax.

‘Incentive’ comes from their third record Structures of Canyons and its a record that takes some time to get into – there’s a myriad of good ideas but sometimes the execution is a tad labourious and the songs, at times, tend to run in circles, and not much ends up happening. But pick out individual songs and you’ll see why they’ve been getting attention from Triple J, as well as winning awards.