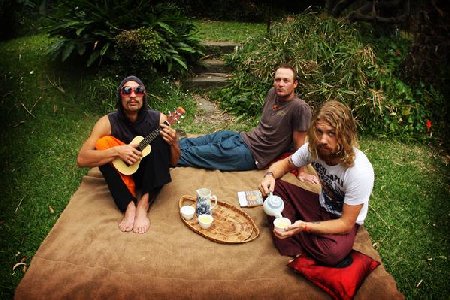 Newcastle’s a funny place. You can turn up at 6pm and find most of the city shut down… except for an Oportos in a back street, a restaurant that’ll only give you one serviette even when there’s clearly two people eating…

The whole of the NSW Central Coast seems to be populated by rock bands at the moment. Probably because there’s nothing else to do. The Evening Son are from the town that brought us such bands as Silverchair and… ummm, Silverchair. I’m having somewhat of a personal 90s musical revival (remember Nada Surf? Tripping Daisy? Primitive Radio Gods? yeah…) and The Evening Son pander to my current aural fixation.

I had forgotten that there was a time before pop-punk that rock bands weren’t too scared to play it slooooow, and grooooove, baby, groove. Stone Temple Pilots used to do it. So did Alice In Chains. And Pearl Jam too. And now the Evening Son are bringing back the rock. Awesome stuff.