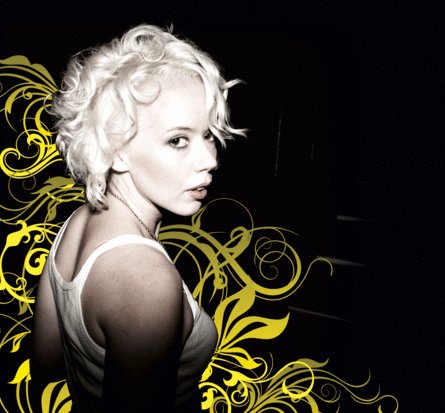 Non-sensical titles worked for The Police, but will they work for Melbournite Paris Wells? No, probably not. Visually a cross between Gwen Stefani and latter-era Christina Aguilera, Paris is somewhat of an enigma. How do you market a girl who’s pushing ostenible pop tunes, but has spent time playing at St Jeromes and jazz bars in Melbourne, and supported both Jamie Lidell and Justin Timberlake?

A lot of records labels are still under the delusion that it’s the late ’90s – that people will still buy CDs and that pop is the easy selling medium. Judging by the sounds on her MySpace, her label could have as easily (and better, in my opinion) marketed her as the next Sia, infusing soul and jazz melodies with bottom-heavy beats (check out ‘What Do I Deserve?’ on her website, it’s Sia circa Healing is Difficult for sure, and sounds like a great track to boot), but as it is, releasing ‘Dat Du Dat’, a fragmented and stilted tune, Paris will land herself squarely in the dance-pop corner. That’s a shame because evidently she’s a grass-roots girl playing commercial pop, and the shoe doesn’t seem to fit. Something like ‘Grace Baby’ would have slipped nicely into the slipstream of acts like Gabriella Cilmi, Amy Winehouse, Adele and Duffy, and would have had a far better chance of finding Paris success than a song with the lyric “I can feel you in my Dau Du Dat.” Uhhh… what?

Let me speak to all those involved in record labels – don’t insult and underestimate your audience. They’re smarter than you think.