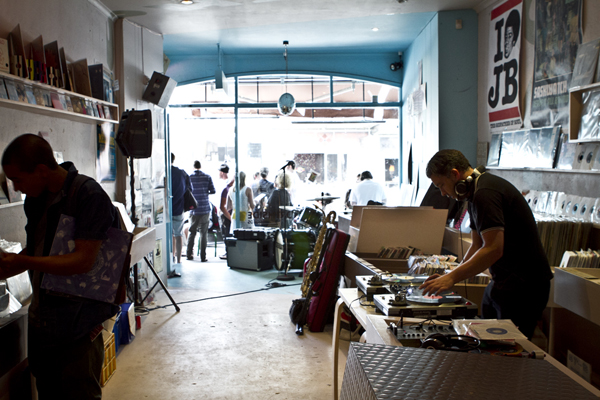 I’ve always been jealous of Fitzroy’s Gertrude St. For those of you not living in the World’s Most Liveable city, let me put it this way. SYD think Newtown, and BRIS think Fortitude Valley (the rest of you, well, make it up). Once a thoroughfare seen as the embodiment of Melbourne’s polar socio-economic disadvantage, the street has gone on to transform itself into one of Melbourne’s most hallowed hang out spots. And while the throes of gentrification have taken most of old Gertrude, she’s still got her soul, and quite a ragin’ one at that.

Northside Records has perched itself on top of Gertrude for 10 years now this month, and it’s fitting that a proposed in-store celebration turned into an accidental street party. 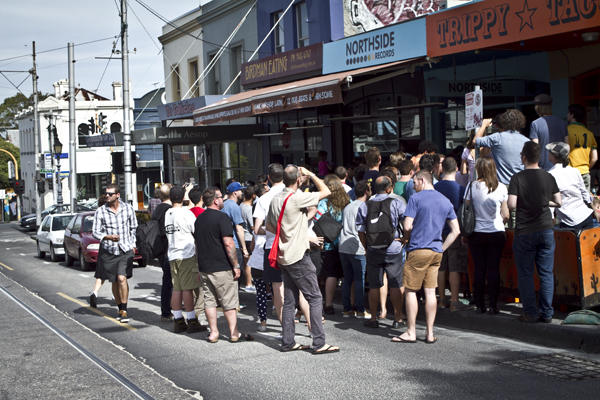 (more photos after the jump)

With Saskwatch billed for a live set, the crowd amassed outside spilled out onto the street. The store was the street’s focal point, after tram load after tram load looked inquisitively onto the pavement outside. Inside, members of The Dap Kings and The Menahan Street Band took the decks, in addition to a few signings here and there.

Northside Records, the shining blue beacon to the end of Gertrude, is nestled amongst stereotypical Fitzroy: cobblestone lanes, street art-laden Victorian terraces, and a multitude of bicycles. However, its birthday was more than an ode to the man behind it all, Chris Gill. While it consistently gets nods from the scene’s best and brightest local community radio, Northside is most importantly a gateway for kids who have their first experience with soul/funk, or for lack of a better phrase ‘black music’.

And this was on show at the in-store. A girl who didn’t look much older than ten had the gusto to go up to members of Saskwatch for autographs – coming out with her sneakers adorned with signatures. Hell, if I had that music taste when I was that age I would have been set for life, rather than having been playing catch-up after a misguided adolescence.

So yes, Northside’s tenth was a big deal. With it’s recent incarnation as a record label, it’s next decade will sure be a promising one at that. 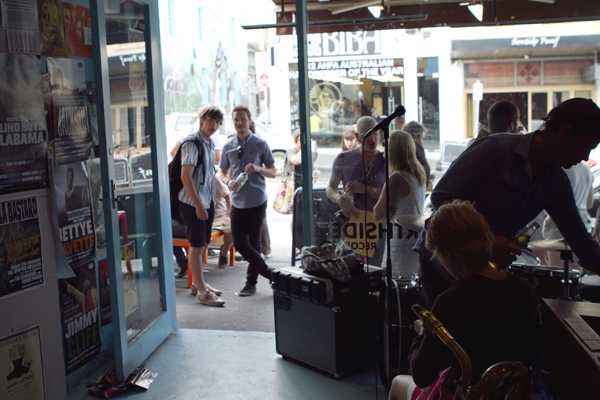 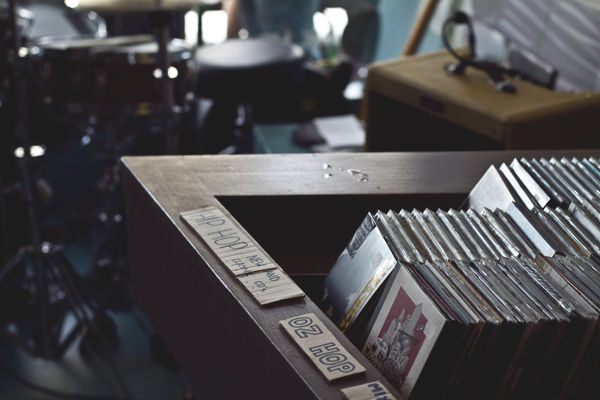 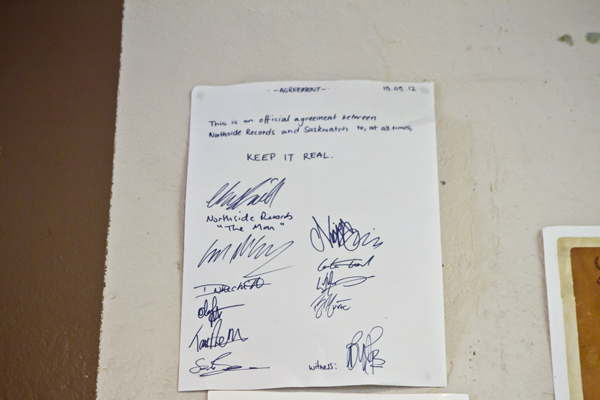