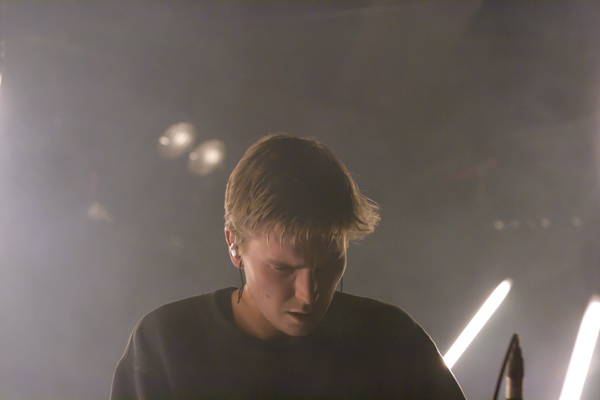 If you’re about to head out tonight, you should take a listen to the latest offering from Alex Cameron, (otherwise known as the babe from Seekae).

Having been a fan of Seekae since they first came out, I’m forever obliged to take a listen to whatever comes next from this Sydney based trio. The last we heard from the Seekae boys was the stunning ‘Yech‘, a mello, down-tempo jam laced with soul-rnb undercurrents. For some, it seemed as though the band departed from +Dome’s aesthetic into more of the brooding, less abrasive sounds of The Sounds of Trees Falling on People.

And first out of the solo project stables is vocalist/percussionist, Alex Cameron.

It’d be a disservice to not acknowledge the fact that you’d be hearing this track through the lens of Seekae, considering that’s how we’ve come to know Cameron up until this point. But that said, it’s also a disservice to rely solely on Seekae to get Cameron’s latest offering. But you really don’t need to anyway. At points, this track is reminiscent of Twin Shadow circa Forget.

This track seems to inhabit a space which is almost pseudo-80s, with its liberal use of synths. Cameron’s vocals are subdued, creating a character according to his Soundcloud:

“A voice like honey and lyrics that sting…He knows what he’s doing and although he’s nobody’s fool, he is a slave to love.”

The legacy that Seekae has left over their two albums has done more than enough to hold future solo releases in good stead. It’s now up to Cameron to mark a definitive step away from the band to make it all count.