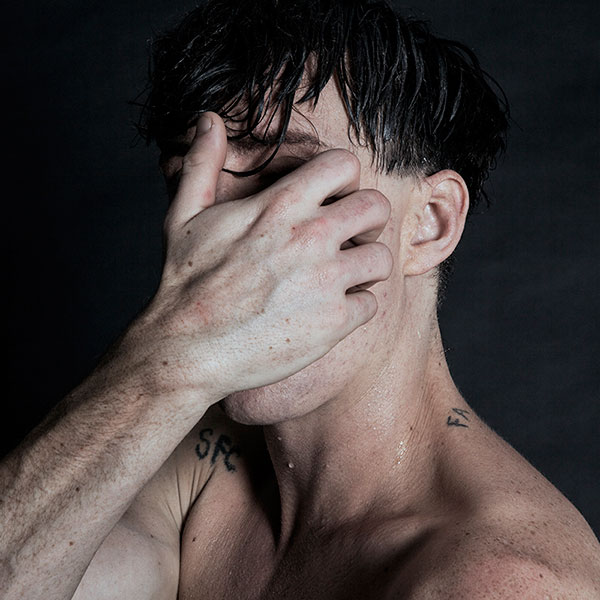 It’s fair to say that Kirin J Callinan is a pretty divisive figure in the Australian music scene. He’s played guitar with Lost Animal and Jack Ladder, and as a member of Mercy Arms he had a tendency to cross dress on stage. As a solo artist, he’s already infamous for his unsettling videos and live performances, which fall into some uncomfortable place between the grotesque and hilarious, art and farce.

I was at Sugar Mountain Festival for that show, which became an instant cause célèbre for its dubious relationship with ethics and the truth, not to mention for treating the audience to an intimate knowledge of Callinan’s nether regions. Although a lot of the commentary was negative, for me it was probably the most interesting and engaging part of the night (sets by ESG and the Dirty Projectors notwithstanding).

Callinan has certainly never seemed afraid to expose himself. His new album is called Embracism, and as Callinan told Faster Louder, ‘one of the dictionary definitions of embracism is “the opposite of escapism”‘. (For the record, the word ’embracism’ doesn’t appear in any dictionary that I own, but I take his point). He’s described the record as an exploration of his own ugliness and masculinity. In fact, to date he’s achieved this vision so comprehensively that I was staggered to discover a guy who in the flesh is both charismatic and handsome.

Given all this, his latest single comes as a bit of a surprise. Instead of the more usual pummelling by a compressed and tortured bed of noise, with ‘Victoria M’ listeners get a stadium rock banger. Callinan’s previous single has been likened to the more fist-pumping Bruce Springsteen moments, and the comparison holds in this case too. The strings, synths (played by none other than Kirin’s old Dad) and rolling drums ascend to a crescendo that induces a kind of Chariots of Fire moment.

Some dissonant elements remain – like the dim wail in the background, which could be the sound of a crowd or a man’s scream. And there’s always Callinan’s vocal, its inebriated and unapologetically ‘strayan feel reminiscent of The Drones’ Gareth Liddiard. But more than anything ‘Victoria M’ is an anthem. Callinan’s cited Scott Walker as an influence before, but he seems to be on an arc that’s almost the exact reverse of the pretty-boy crooner turned experimental creep. If you’ve been put off by Callinan in the past, now’s the time to look again.

Embracism is out on 28 June through Siberia Records and US imprint Terrible Records.

Callinan will be launching the album around the country on these dates: