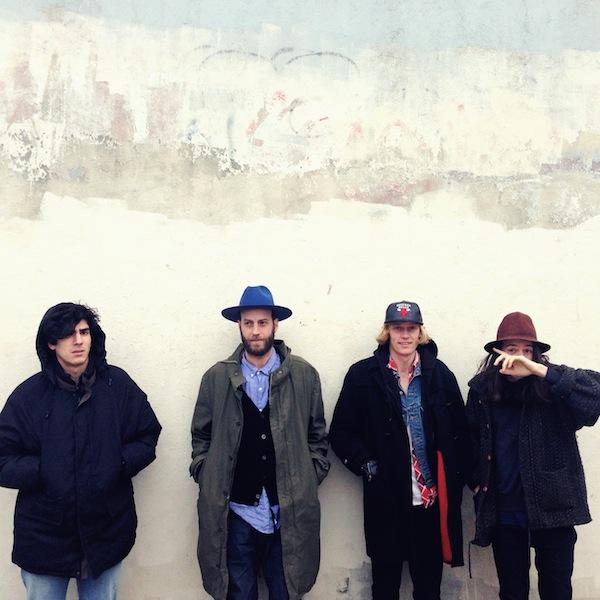 The first time I saw Scott and Charlene’s Wedding was at a 2009 Halloween party at the Empress Hotel in North Carlton. Frontman Craig Dermody was flitting round the venue like everyone’s favourite blow-in, tall with long, blond hair and an easy smile. He eventually took to the stage – in a wedding dress, no less, which stood no chance of buttoning up over his broad shoulders – and proceeded to emit a loud caterwaul over a scruffy take on 90s indie rock. I’ve been a fan ever since.

The band’s first album, Paravista Social Club, and their contribution to a split LP with Melbourne’s Peak Twins (reissued this year on Critical Heights as the Two Weeks EP) feature a bunch of tunes about playing basketball, moping around Melbourne train stations, driving trucks and generally working whatever crappy job you can to earn a buck. Dermody’s songs are a cheerful mess, with bright riffs, loose strumming and earnest, doleful lyrics (here’s a sample: ‘I don’t care anymore if my bands do well / I don’t care anymore if my paintings sell / I don’t even want to eat sausages anymore’). They borrow in equal measure from the Beat Happening’s endearing DIY aesthetic and the Lemonhead’s laid-back, melodic pop. Dermody even looks a bit like Evan Dando.

A couple of years ago Dermody moved from Melbourne to New York, taking the Scott and Charlene’s Wedding moniker with him. He’s been working the same odd jobs – waiter, security guard, set designer – and writing the same kind of songs over there, but with a brand new set of cultural and geographical references. We’ve heard ‘Fakin’ NYC’, which recounts his experiences as a bouncer at an A-list nightclub. The job was basically to bar entry to anyone who wasn’t sufficiently famous; our Craig didn’t fare so well – failing to recognise people like Ryan Gosling, Kirsten Dunst, Scarlett Johanssen and the Strokes, and turning them away. He also rejected Lindsay Lohan, kind of ironic given he used to be in a band called Lindsay Low Hand. Now we’ve got ‘Lesbian Wife’, the second single off the forthcoming record, which is set in the wake of Hurricane Sandy. Dermody gets a call from some friends in Australia, which sets off a series of reflections about ex-girlfriends, missing home, a badly behaved dog and the eponymous lesbian wife – who, from what I can gather, is a good mate and fellow NBA fan.

Tough times are starting to pay off for Scott and Charlene’s Wedding. The band’s second record is being released on UK label Fire Records later this month, and having played a debut set at Glastonbury, they’re now headed off on a two-month European tour. Like Dermody sings on ‘Lesbian Wife’, “‘Keep On Keeping On’ is my favourite song / that’s what I do even when I’m wrong … You’re never gonna know what’s happening next, hey hey”.

Any Port in a Storm is out on 22 July through Fire Records and Bedroom Suck.