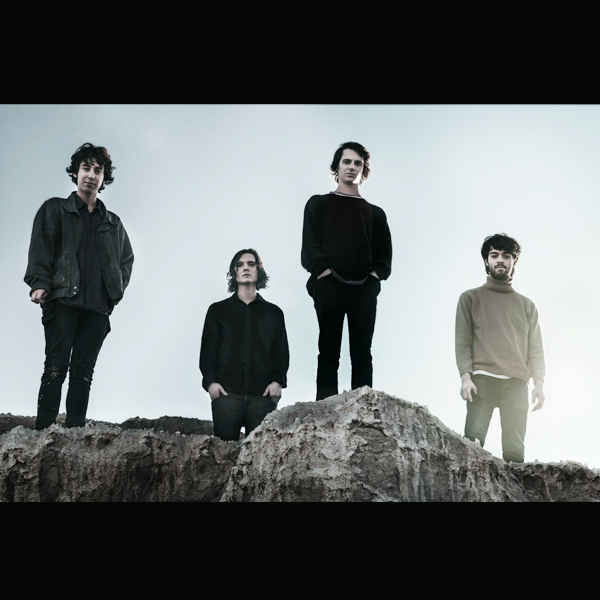 No one likes repeating themselves. I often do, with good intention though. I keep harping on about how excellent these guys are. And this album proves that point even further.

Melbourne via Bacchus March band Hollow Everdaze are releasing their self titled debut on August 2nd, and we’ve got an exclusive album stream you can fawn over below.

The album was recorded at Birdland Studios and produced by Lindsay Gravina (Hungry Ghost, Cosmic Psychos and Rowland S Howard).

For the critics…I don’t think these guys are a ‘psych’ band at all, they’re a lot more malleable than that. The band have perfected the art of rehashing standoffish, slacker-drag alt-pop, translating the sound into something that’s a little more poignant than paranoid. Sometimes Splashh, sometimes early Alex Turner vibes, sometimes moody Psychocandy type stare-downs. Those who are familiar with the band’s previous singles like ‘Ships, ‘Selfish’ and ‘Handsome Sums’ will know that there’s two sides to their sound. This album shows that off that in it’s entirety, shifting from lazy garage tracks (‘It Will Never Really Sing’), driving harmonies (‘Excitation’) to starry-eyed waltzes (‘Ships’, ‘Still Raining’).

While there’s a certain rainy day weariness lingering around this record, that feeling seems to stem more from the band’s sharp wallflower observations/lyricism than anything. It might have taken 6 years to put out an LP, but Hollow Everdaze have saved us the best dregs. Impressive stuff.

Following on from the band’s recent residency at The Tote and their upcoming Unknown Mortal Ochestra support slot, Hollow Everdaze will be hitting the road throughout August. Eye On Eye label mates Contrast are tagging along, so it should be an awesome jaunt. Tour dates after the jump.