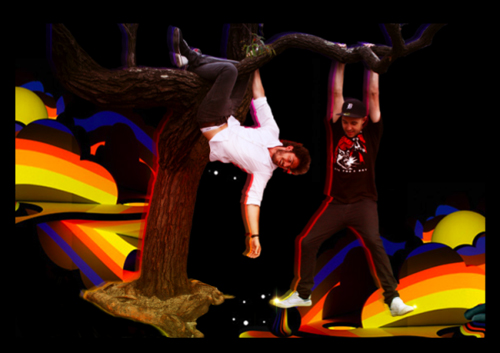 It seems like our upcoming festive season is shaping up to be one of sublime summer jams; the kind of tunes that sound just as good on your car stereo as you cram in on your way to the beach or a festival as they do in a dark dirty nightspot after 3am.  A slew of these gems are emerging from some of our favourite home-grown beatmakers i.e Empire Of The Sun, Miami Horror, and Damn Arms – but I think my favourite so far is the new Bag Raiders production Shooting Stars. The Sydney duo have been kicking parties into high gear for a while now – see last year’s ubiquitous stomper Fun Punch – but this release transcends the club and manages to be that rare thing – a truly brilliant pop song.  The electrified power cheese of their earlier work is abandoned in favour of a more mellow approach, with swirling melodies slowly building to one of the most joyously bouncy choruses you’ll hear all year.  Rhys of Like Whoah/Ted & Francis lends his vocal talents to this track and wouldn’t sound out of place on a Backstreet Boys record, but underpinned by that kickin’ disco bass it’s a deliciously pop combination that you can’t help but grin and nod your head to.  Get this now or miss out!

Turbo Love is the other single that’s been thrown onto the web, and it’s more typical munter fuel.  All thick, juicy synths, robot voices and a whole lot of Bang, it sounds a bit too much like a disposable Van She Tech remix from last year to get too excited about, but the ‘Raiders typically slick production talents make it well worth a listen.

The Turbo Love single with both of these tracks is out now on Bang Gang 12 inches and the boys are heading to Japan in December, so make sure to catch them before the year is out.