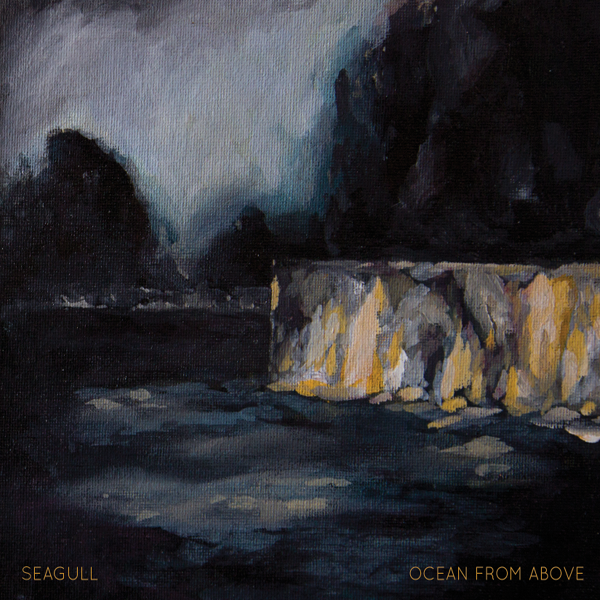 It was raining on the beach yet our Austrian visitors still decided to swim naked. On the drive home, we listened to Seagull’s new album Ocean From Above. Through the car’s air conditioner, I could smell that someone was burning off in the distance. As we crossed over the West Gate, I tried to place Seagull’s sound. There’s a little bit of Bonnie ‘Prince’ Billy in there, a little bit of Sleep Decade, of Elliot Smith. As the album progressed I often felt as if I was listening to a darker version of Low; a haunting melody slowly (always slowly!), shifting with that typical Kishore Ryan (Kid Sam, Otouto) minimalist-style drumming.

Yet, Written Word – and the album as a whole – strays into ambience much more than it ever does into darkness, or dissonance. Take the vocal track on WW, about two minutes in that cuts and loops over itself after Christopher Bolton mutters: “Soon enough, I’ll be on medication”.  And to say that WW is dark is to discredit the odd bits of humour that surface in Seagull’s lyrics. Bolton pauses as he sings “The end of our connection / came with The Age…. of civilisation”, as if to play on the image of society’s severed connections arriving with the morning paper.

As we reached home, unpacked the esky and the blankets, it struck me that Seagull doesn’t necessarily remind me of a particular band, but a mood. There’s a certain sadness inherent in their sound, in those delicate guitars and sparse melody lines. Yet Seagull don’t offer colossal, cathartic finishes. Rather, their form of sadness hangs around in an anti-climactic, repressed manner. And, as the opening seconds of WW started up, as Bolton’s voice began to waver, the only thing I can think of were naked Austrians running into the water, a long drive home and the smell of burning wood.

Listen to Ocean From Above in full here.