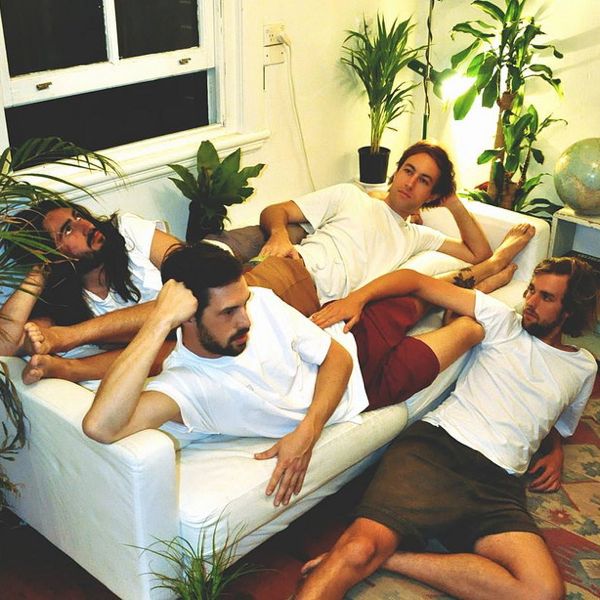 Retiree have just dropped the film clip for ‘Together’, the lead single from their self-titled debut EP. These Sydney-siders make house music for your leisure days. It’s cool and slow, featuring acoustic and electronic instrumentation – plus just the right amount of cowbell. There are notes of an upbeat Arthur Russell in the muffled synth tones, airy vocals, disco-inflected rhythms and easy melodicism here, but with a deliberate Australian bent – check, for instance, the skip who introduces the video.

There’s also a suggestion of what Client Liaison might have been if they were born in the present day instead of shot into the future, mullets and all, from a cocaine-infested 1980s in which Ansett was a going concern and corporate Darwinism was à la mode. Appropriately, Client Liaison have done a remix of Retiree’s ‘Rain’ – or should I say an overwrite, taking the slippery original and producing a kitsch pop banger.

The Retiree EP is the second release from vinyl-focused Sydney label Plastic World, coming hot on the heels of Alba‘s ‘Knokke’/’Law’. Run by Astral People co-owner Vic Edirisinghe and James McInnes of Future Classic, Plastic World aims to get international traction for forward-thinking Australian club music. As Vic told Resident Advisor back in April (in what could be read as a foreshadowing of the recent triple j spat – not that we go in for that kind of controversy):

“These days there seems to be such a big emphasis on getting your stuff heard on local radio and this has forced a lot of credible producers to step away from their roots and look to cater for these stations. It’s hard to point the blame at anyone in particular for this but hopefully we can take a small step to change this mentality with a distribution focus internationally instead of Australia where it’s quite constrained.”

Plastic World plans to release music from Melbourne’s Hugo Frederick and Perth’s Savoir in coming months, and they’re throwing parties in Sydney and Melbourne to celebrate Retiree’s debut. Details below: