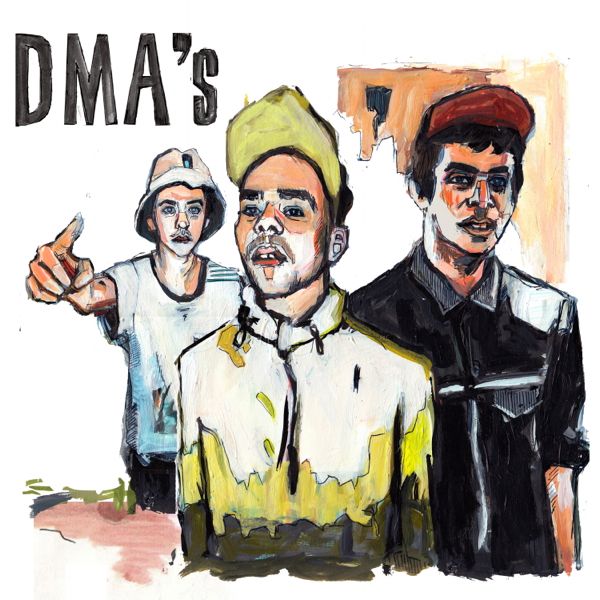 DMA’s are one of those bands lucky enough to have been caught early by label reps (in this case, from Sydney’s I Oh You) and sent into the world more or less fully formed – with a single, a video clip, a website, a ton of gigs and, dare I say it, the beginnings of a ‘brand’.

Billed as a band of ‘three frontmen’ – the pleasantly assonant Tommy, Matt and Johnny – DMA’s started out in Johnny’s bedroom studio in inner-western Sydney. Don’t worry though – this is definitely not homemade laptop pop.

Urgent and earnest, DMA’s sound like WU LYF on those rare occasions when Ellery Roberts chose to sing in words rather than wolf noises. And these boys have got the Madchester threads to boot.

The band’s first single, ‘Delete’, is a love song for the digital romantic (‘Don’t delete my baby/Don’t defeat her now/In the quiet of nothing/ To the hands of grace…’). It’s got a staggering outro that makes my chest constrict, the cathartic refrain coming loud: ‘Just let it all out’.

These guys might seem a bit self-satisfied in that video, but one listen and you’ll start to see why. DMA make guitar-led balladry in the 21st century feel absolutely vital.

Their EP is due out on 28 March; you can pre-order it here. They’ve never played a gig before, but they’re certainly about to – I hope they’ve been practicing.