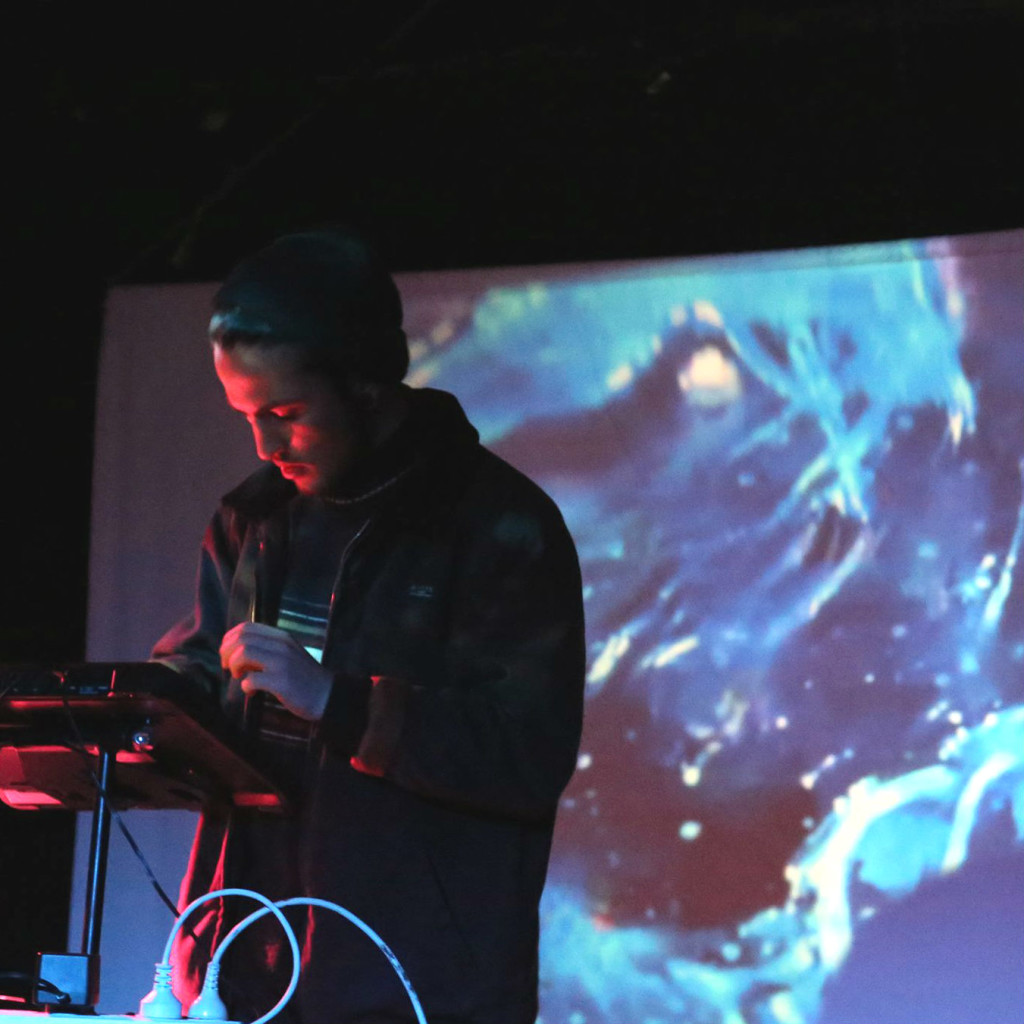 Watching television the other day, I had the most depressing thought. All the athletes on screen – you know, the ones poised to make millions and millions of dollars – are younger than me.  At 21, I’m past it; I’m old news. I’m never gonna grow those few inches in height over summer.

And then comes LUCIANBLOMKAMP, a 19-year-old straight out of the heart of inner-city Melbourne. LBK, besides making me question my life’s accomplishments (I mean, my Arts degree was supposed to get me somewhere, right?), is quickly coming up in the world. Having supported the likes of XXYYXX and Rat & Co, the kid’s already got an EP to his name and a debut album coming out soon.

His sonic palette might not be revolutionary, but the eponymous five-track belies LBK’s age. In lesser hands songs such as ‘Lehsan’ could easily fall into mindless club fodder, but when that smooth, R’n’B inspired beat comes in alongside a cut up acoustic guitar sample it’s evident that LBK is taking his music in directions that few others have the imagination to do.

There’s also a deep sense of patience to the EP. The piano sample in ‘Rooms’ is enough not only to hook you right in but to carry the entire track – and it doesn’t even appear until well over a minute into the song. Even on ‘You and Me’, where the vocal line is front and centre, LBK adds subtle, unexpected turns to the production. As he intersperses the more pop-oriented track with pitch-shifted vocal harmonies and well-timed points of silence, it’s clear that this young producer isn’t content to let his melodies do all the heavy lifting.

There are more than a few electronic artists out there right now relying on a formula. In some ways that works: knowing when the fat beat is going to drop is part of the fun. However, that style also lends itself to lazy repetition and copycats, leading to a multitude of tracks that seem to blend into one. LUCIANBLOMKAMP, thankfully, is not part of that crowd. It takes time (and good headphones) to notice all the subtle touches on this EP. Above all, it shows potential and a willingness from LBK to push his craft.

Do yourself a favour, and get the whole EP as a pay-what-you-feel download on Bandcamp. And keep your eye out for new music from Lucianblomkamp dropping real soon.