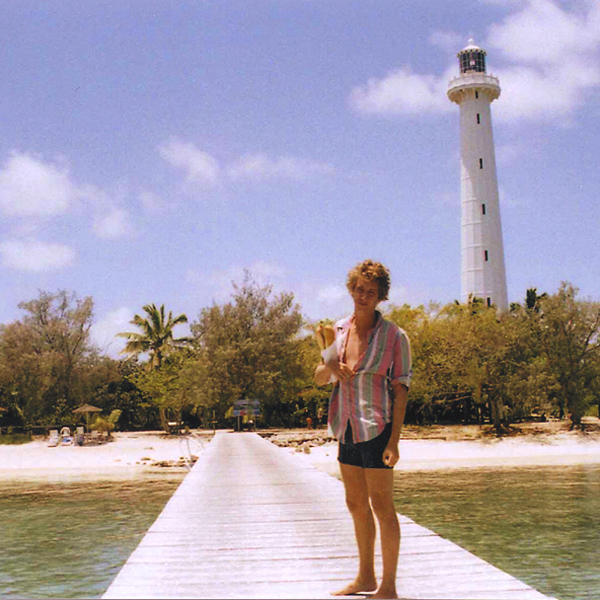 Next month Nathan Roche will deliver the second instalment of his glorious ‘Newtown Trilogy’. It comes only five months after the release of part one, his first solo effort, Watch It Wharf. This guy is as prolific as he is self-deprecating: he’s played in seven different bands from Townsville to Sydney (most recently Camperdown and Out, alongside members of Royal Headache, Dead Farmers and Raw Prawn) and has described earlier albums as “shambolic, poorly recorded, unstructured and rapidly conceived”. He’s also written a couple of books (there’s a sterling promo video for the latest), with red pens provided at one launch party “for those who wish to personally edit” his work.

He may be underselling himself, but Roche’s breezy, piss-taking attitude sure is charming. It’s all over Watch It Wharf, a record packed with Lou Reed-channeling tracks set around the pubs and docks of the (formerly) blue-collar inner-city Sydney.

Magnetic Memories is smoother than the predecessor album, with woodwind from Millie Hall (Destiny 3000, Bridezilla) and Caroline de Dear (Day Ravies), and cello by 2SER’s James Newman. Roche seems stuck at a point on the cusp of the 1970s and 80s when old-style rock’n’roll was taking a second glance at the saxophone. So you can just relax and let the arrangements on the title track lick you behind the ear while Roche huskily croons, ‘Magnetic memories/I got a tropical disease’.

New single ‘Call Back’ is even better – a punchy number that rails against the lifestyle impositions of the modern mobile phone device. It’s got bouncy, Roxy Music-style keys and back up vocals drawn from Lou Reed’s seedy take on American soul music.

Magnetic Memories is coming out in April via Glenlivet-A-Gogh (which has taken over Roche’s own Fartpound Records imprint) on vinyl, CD and digital.