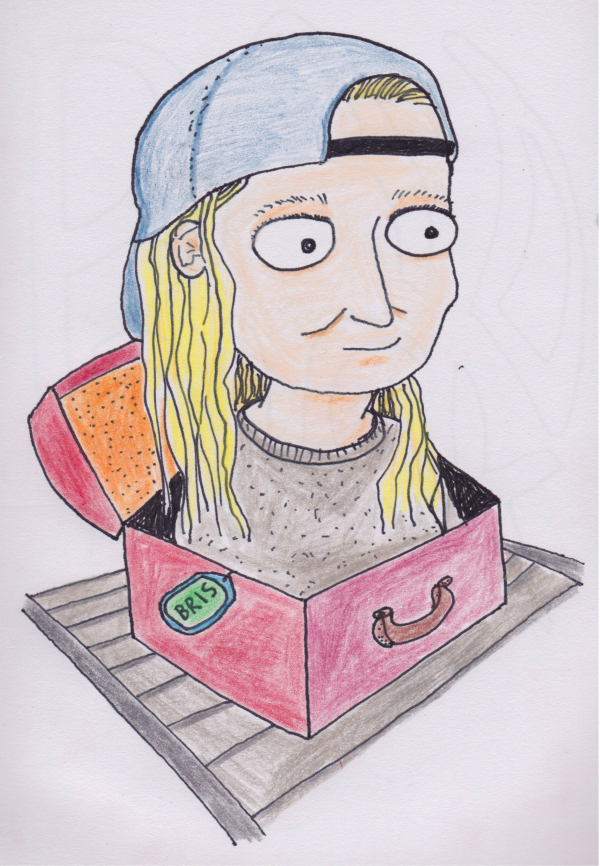 Illustration by Geoffrey A Thorsen

When you really think about it, there are so many distractions to forget how limited we really are. On a day-to-day basis, the incentives to participate in or manipulate the environment from which we find ourselves are often fairly daft. Anna Davidson‘s cartoonish drawl is mostly straight to the point and as a sufferer of chronic illness; her perspective as an artist is intertwined with her experiences as a consumer of health services.

“After slitting my wrists and taking lots of drugs my housemate dragged me to the car and drove me to the hospital, where they stitched and bandaged me up. I had to wait in a weird courtyard with some kid who had drunk an entire thing of goon and a whole packet of Panadol. Waiting there for an entire day and did not help my situation at all. Once I got into the hospital 12 hours later, my really crazy roommate was screaming all the time and it was really stressful. I would go and tell the nurses that I felt uncomfortable and they just didn’t give a shit.”

Considering some of the difficulties she has experienced within the health system, Anna’s her artistic output is not terrifying or depressing for the matter.

She recently relocated to Melbourne from Brisbane, where the rest of her primary outfit, Major Leagues still resides. On the day of the interview, Anna and Fergus Miller (Bored Nothing) had just completed their self-titled EP for their outfit Revenge Surgery. A Lennon/Yoko-esque project, the EP was self produced and written and recorded by the pair in six-days.

MS: Have you met any other creative people in hospital?

AD: Definitely. On the day that I was committed for the first time, I had been bandaged up and stuff. You have to go into a waiting room and I was there all day, just waiting for a temporary bed or whatever. I barely remember it, but that day this other guy, who overdosed on purpose, was being committed too and he ended up going to emergency to get his stomach pumped. We were in hospital for probably a month together. He was a really great artist. Mostly graphic stuff. He was extremely talented. There was another guy who was an indigenous painter and he gave me a little canvas.

They have art sessions, once a day usually, so you could do drawing and stuff. They have a guitar but you could only use it with someone watching you for an hour or something. The second hospital I was allowed to use a guitar, but yeah same kind of deal. I didn’t have to have supervision but I had to return it and sign a thing.

Do you think most people who work in mental health have a mental illness? Like they got into it because they were trying to solve their own issues?

I never thought about that. My first psychiatrist was just really clinical and cold and it was stressful. It made me more anxious having to talk to him. Lots of the nurses in the public health system seem not to care about the patients very much. Some of them weren’t very nice at all or understanding. But in the private hospital, the second psychiatrist I had was super lovely.

I guess it depends on the person, but I’ve had both ends, like this person actually cares about my mental health and this person shouldn’t be doing this job.

Do you ever think playing a live rock show is kind of absurd?

Yeah, of course. I feel like that about everything.

How do you deal with that?

I guess I get some kind of enjoyment out of it, which I don’t get from other things in life. Drawing and playing music is all I really enjoy doing and lots of the time I don’t really enjoy either of them.

[The illness] is part of my personality and my personality is obviously a part of what I create. So many of my experiences have just been being really depressed. I’ve thought I just want to stop music so many times, but I just get bored. I guess now its just habit as well. I think I feel pressure from my family to do something with my life and luckily they are very supportive with my music stuff. I question why I continue to do it. So, I guess this is me quitting music right now [laughs].

Who wrote the songs on Revenge Surgery? Did you write them collaboratively?

Fergus wrote two of the songs, but the other four I wrote the skeleton and then Fergus added guitar and wicked cool drums. 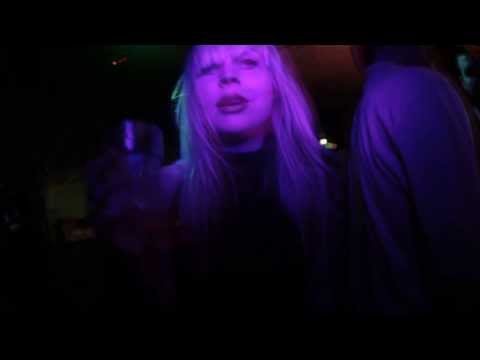 How does doing something like Revenge Surgery differ from your other band Major Leagues?

It was definitely more fun. I thought about quitting Major Leagues because everything can be so stressful. We are looking at tour stuff at the moment and we’ve come to point where we are supposed to play with bands that will pull the most people, so we can sell the most tickets but I don’t really want to play with those kinds of bands. I just want to play with bands that I like, who I want to watch play three times on a tour. That side of things is difficult.

(Read the full interview below.)

So why do continue with that project?

It started out as – and when we are playing – it still feels like a natural project. I just hate the business side of things. I become anxious easily, so when it gets stressful I forget that it can be fun too, but we do gel together well as a band when we are actually playing and writing. I have been friends with Vlada for probably five years now, and if I was in Brisbane still we’d be hanging out all the time anyway. Same with the other guitarist, Jaimee Fryer – she is incredible and whatever happens I want to keep writing music with her because she is so talented.

I feel like in Major Leagues I write shitty, cheesy pop melodies and lyrics and then Jaimee and the other guys make the songs okay. Jake holds the band together. We’d probably do nothing without him.

Do you think bands become a product?

Yeah. I don’t even know how it happened. We’re not even like a huge famous band or anything.  Unfortunately, the fact there are three girls in the Major Leagues people are like, “Hey, that’s something different”. I had an interviewer who asked me all these questions and was angling it to the response she wanted. “Oh, have you experienced sexism in the music industry?” – I was just like the fact that you are writing about this, you are making females in the music industry this ‘big concept’. It’s not even a thing anymore and it shouldn’t be, but it still is. That is a step back.

So do you think that this was part of the reason you guys made Revenge Surgery? To escape any sort of pressure you might experience from your other projects?

It was just great to not care and accomplish something, but there was no pressure to be perfect or shiny. So, there is like Augie [my dog] barking in there. Also, the whole time we were recording in my room Augie was just farting. It was disgusting. But, it was just fun.

It’s really good. I guess I was a little bit worried that it would seem super lame. Fergus referenced that Juno song and I was just like “Fuck”. He was joking, but I didn’t want to channel that in any way. ‘Liver and Gravy’ is about my granny. The piano song is a dream kind of thing.

There are no love songs on our EP. It’s all about death and stuff. The EP isn’t like “I love you. I love you too”. Music shouldn’t be a stressful thing, but doing it with someone who you are completely in love with is pretty lovely.