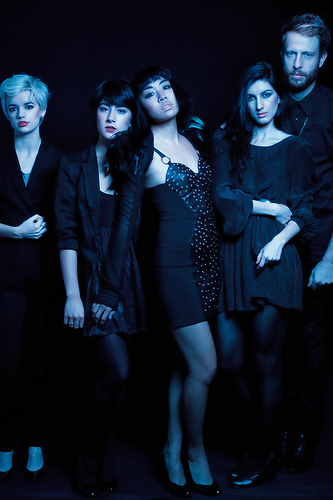 Teenagersintokyo – ‘End It Tonight’ (We Have Band Remix) (mp3)

The Teenagersintokyo debut album Sacrifices has finally landed a couple of years after their relocating to London. I don’t want to shit on it too much as I’ve not given it all a proper listen, but at the moment I’m of the opinion that it didn’t live up to expectations. It’s far shinier and pop-tastic than I expected, which isn’t necessarily a bad thing, but when combined with singer Samantha Lim’s near flawless voice (again, not a bad thing) it sounds a bit… clean? I don’t know. I guess I was expecting fewer soaring choruses and more bite, but this is definitely the better move commercially and more radio play might justify its slickness.

Anyway, regardless of whether Sacrifices grows on me, it’s spawned some sweet remixes that have been floating around for the past few months. The Horrors rework ‘Peter Pan,’ using a vocoder to strip the melody of its histrionics, and buzz-band We Have Band rework ‘End It Tonight’ into a guitar-less electro jam.