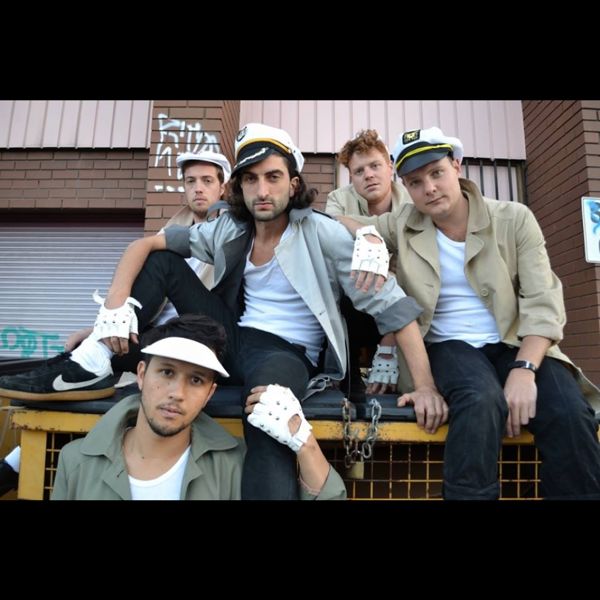 Newly signed to Two Bright Lakes and Remote Control, Total Giovanni last week released their debut single, ‘Human Animal’. The band’s reputation for outrageous live shows preceded them, and before the public got a taste of Total Giovanni’s recorded efforts they were booked to play Dark Mofo, Melbourne Music Week, Golden Plains and Paradise Music Festival. But even the on-stage spectacle of five grown men in berets and leopard-print hot pants, performing synchronised dance moves to the strains of crotch-sniffing Italo-disco, could not have prepared us for how accomplished Total Giovanni sound in the studio.

A part of this year’s sweeping boogie revival, ‘Human Animal’ is also heavily indebted to the Talking Heads and LCD Soundsystem (its opening lines – ‘I’m having so little impact/I’m having so little impact’ – immediately recall the melancholic jibes of James Murphy’s ‘Losing My Edge’). Total Giovanni jammed together for months before embarking on their many live dates, and they sound great as a result – as ‘Human Animal’ demonstrates. This is smooth, tight and extremely danceable stuff.

Catch Total Giovanni this Friday at Melbourne Music Week’s opening night, and on the final weekend of November, at Paradise Music Festival.