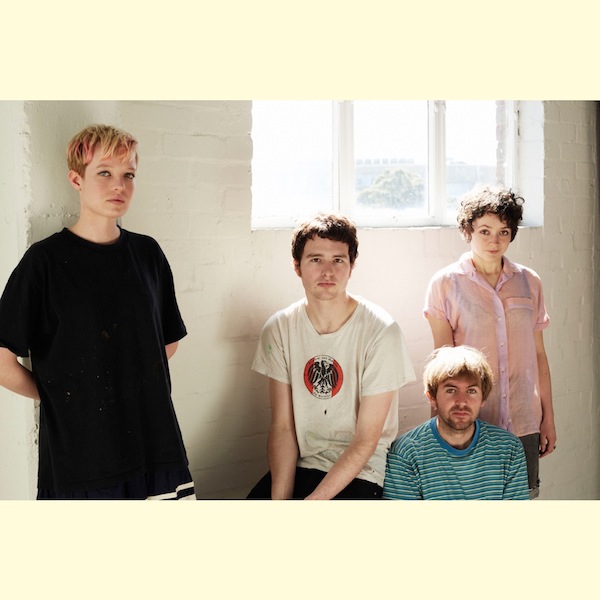 I’d always thought of Sydney’s Day Ravies as a kind of over-earnest band – one of the best things to come out of this shoegaze/psych revival period, definitely, but not particularly fun. With this EP, they’ve proved me well and truly wrong.

One highlight is the overblown synth on ‘Perennial’, the most dramatic and upbeat track, with the teasing vocals in the chorus (‘I left you wondering’) taking joy in their own mystery. Then there’s that distorted guitar on ‘Sleepwalk’, almost country at times, playing a lead line that stumbles all over the song, knocking everything else out of its way and having a great time doing it. The raw buzzing slab of noisy guitar on every song balances out the breathy vocals beautifully, and acts as a strongly grounded base from which the lighter layers of their sound can spiral out.

With ‘Under The Lamp’ Day Ravies have made their sound fresh again, and maybe finally kicked that ‘jangly’ tag that’s inexplicably clung to them  since their first release. They’re also a band that’s extremely confident and respected in what they do, so it’d be cool to see them push things further and get more experimental with future releases – go a little Frank Reynolds and get real weird with it.

‘Under The Lamp’ has been released on the band’s own brand new label Strange Pursuits, and you can get it as a cassette or download from Bandcamp.

Catch them on tour along the east coast in support of their recent ‘Hickford Whizz’ 7″: