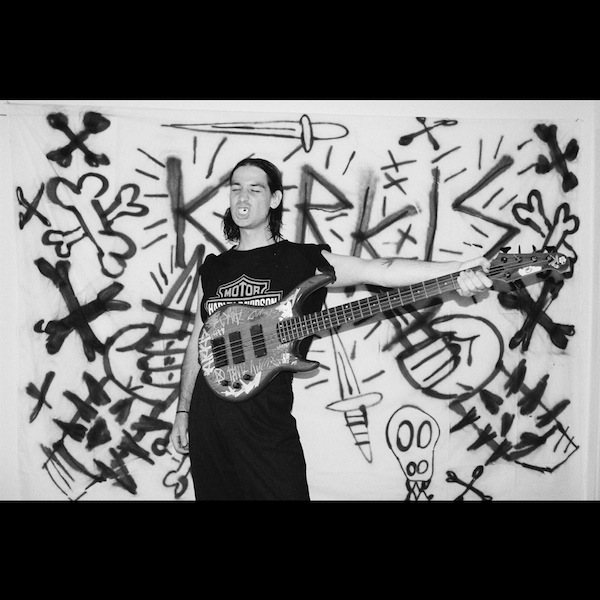 Melbourne’s Matthew Kirkis once described playing live as “trying to do a handstand on a giant dragon all the way to Disneyland,” and that’s certainly what it sounds like.

Anytime you sit down to listen to an offering from Kirkis you’re inevitably blindsided. You’re excused for looking like Elaine each time your body tries to move to his time signatures. Before you even get close to working out what you think he’s trying to say, a cluster of rapid-fire melodies all shout at you at once.

So spare a thought for the man behind it all. He’s out with a new track titled ‘Hypno’, building on the hybrid jazz-cum-future soul he’s had quite the knack for – otherwise known (on Soundcloud) as #kirkis. The single comes off a forthcoming LP to be released through Eglo Records, thanks to a chance meeting with label reps at the Evelyn Hotel during Melbourne Music Week.

For a musician who isn’t formally trained, countless hours of consuming myriad influences have sure made their mark. It’s telling that he first studied Painting at the Sydney College of the Arts before jetting off to the New York Art Students League, considering he told us that “colours and moving picture play a large role” in his work. What that work is can’t be pegged solely to his music: he’s a painter, he’s also Anti-Kirkis (his experimental electronic alter ego), and he dabbles in a bit of set-design, too.

‘Hypno’ then, is yet another expression of this guy’s desire to create. He seems to have this boundless energy that you need to see in person if you’re ever given the chance. To describe him, best take a leaf out of the Hiatus Kaiyote playbook, because there has to be a Kirkis equivalent of ‘multi-dimensional polyrhythmic gangsta shit’. ‘Doing handstands on giant dragons’ is halfway there.