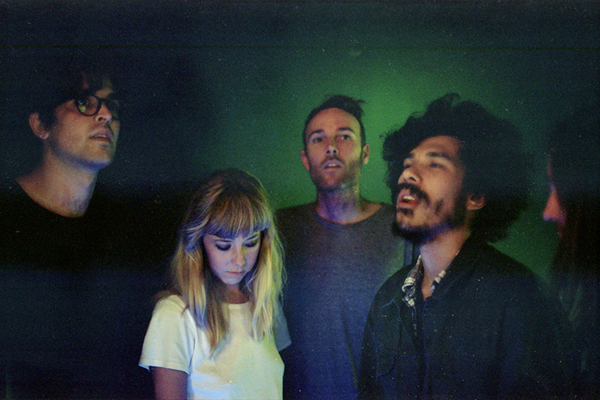 Low Lux are an assortment of five Sydney musicians, including the vocals of Daisy Dowd whose string skills were honed in the now disbanded Bridezilla.

Their debut single is ‘Rivers Roll’. Aside from their neat use of alliteration, the track is the a brooding melodic statement that turns relationship goofs into smooth indie rock.

The dark undertones of ‘Rivers Roll’ are reminiscent of Warpaint, with Dowd’s sweet staccato voice flitting across the verses before agitating their way into the chorus where the band is allowed to lush-out. There is plenty of bass and guitar licks throughout the track, with layered instrumentation thrown in for good measure.

The single is accompanied by a lovely clip which is great if you’d ever wondered what pretty musicians would look like under red and blue cellophane-wrapped light. Spoiler alert: they’re still pretty.

Low Lux are releasing their debut EP on the 21st June at Newtown Social Club in Sydney.