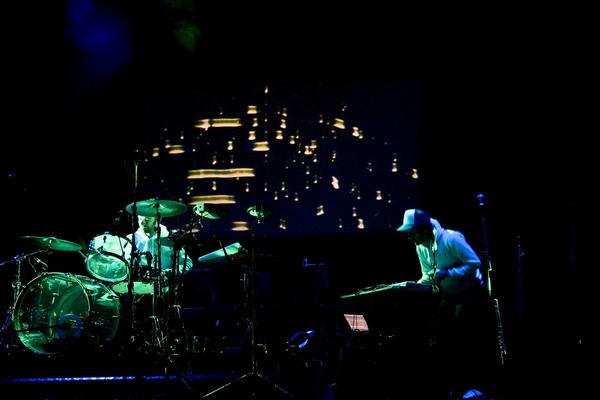 Mountains In The Sky – ‘X-Gamma’

Mountains In The Sky is the work of laptop extraordinaire John Lee, one of the leading lights in Australia’s burgeoning experimental electronica scene. While it may have taken over three years for his debut long-player to emerge, in the lead up he released a mini album (Celesstial Suns), had a song (‘Noah’s Arkestra’) featured in the NBA playoffs in the US and produced a 21-minute opus (‘Accipio’) that had industry types buzzing.

October saw the release of Electron Suite, which features the above track. You have to constantly remind yourself that the cavernous, layered sounds were all recorded by one guy in his bedroom. The beats are tight and kept fairly simple and the squelching synth-bass grooves along with an unassiming determination with the majority of the experimentation left to the filtered guitar squall and the wailing organ drones that drop in and out. A myriad of other indistinguishable noises appear throughout the song, flashing across the stereo spectrum with an orchestrated abandonment that lends the song its expansive feeling and displays Lee’s wizardry with a mouse and keyboard.

I saw these guys live at Laneway and they manage to translate it live fantastically well so check it out if you haven’t already.