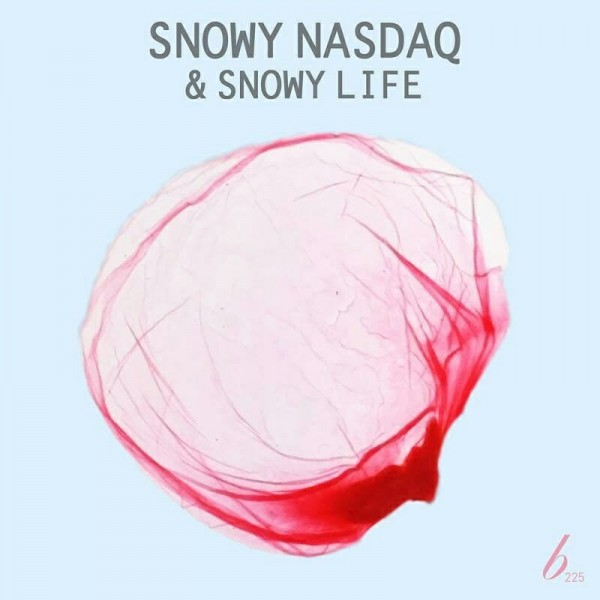 With song titles like ‘Ironic Life’ and ‘Dolewave 2015’, the new EP from Snowy Nasdaq (Liam Halliwell) reads initially like an exercise in self-awareness, except it’s more thoughtful than defensive – and way too good to be a joke. This is the second release of the year from Snowy Nasdaq, with the ‘Snowy Life’ band featuring members of The Finks and Cool Sounds in tow.

It’s hard to say anything really meaningful about a record that’s saying so much about itself, so really my job here is to tell you to listen to it. And tell you that you gotta sit with it. The way the vocals are mixed low with Halliwell singing more nasally than ever, the guitar pointy and insistent but without the immediate catchiness of Soft Focus, means some of these tracks slip through your fingers the first few times. But once it hits, you notice so many good lines and clever intricacies worth a bit of time.

Despite Halliwell’s assertion in his excellent handwritten press-release that it documents (hypothetical) “new love and its eventual demise” (the same presser also contains the claim that Canberra, where this record was recorded with Halliwell’s brother and their childhood friend, is “Australia’s greatest city”, so who knows what the truth is) New Jangle 2012 isn’t a particularly romantic or heartsick album – it’s concerned too much about what everyone thinks about you and what you think about anyone else to really get into personal relationships.

‘Dead Weight/Broken Nose’ is the only song that really talks about the feelings of being in some kind of relationship, though it’s still insular and kind of a downer. “I never thought I’d occupy myself with the thought of someone else”, Halliwell sings before the song changes halfway through into a gentler, flighty tangle of guitars – his vocals at their softest, singing to some “you” that looked good with a broken nose to match his own.

Whether he’s referencing it or not, when Halliwell writes about summer 2012 as ‘the golden era of jangle’, I think of Woollen Kits’ record Four Girls, probably my favourite Australian album of all time and how for better or worse, the ‘jangle’ sound has morphed since then. Four Girls was a mostly-upbeat, astute and outward-facing record that wasn’t afraid of sounding a little ugly. In 2015, what we’ve got is a lot cleaner and less celebratory, but more intricate. With people like Halliwell around to push limits at what it means to be making this kind of music, whatever jangle/dolewave/dumb shit we come up with to call it by then –  looks like in 2018, it’ll probably still sound pretty great.

New Jangle 2012 is out on French label Beko Disques and available to buy here.