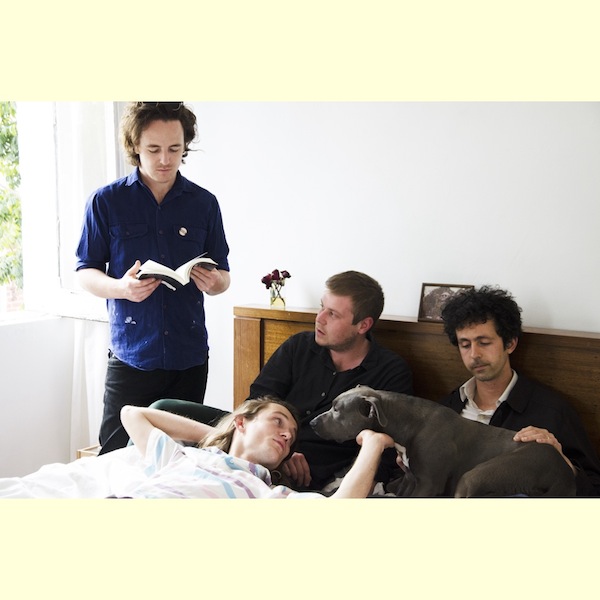 Free Time is a one-quarter NYC, three-quarters Melbourne outfit headed by Dion Nania, who you might recognise as the former front man of Panel of Judges. Nania has been loitering around in the big apple for a few years, but since he touched back down in Melbourne, Free Time have been playing a few precious gigs here and there, most recently closing out Bedroom Suck Records’ Melbourne Music Week Bike Ride. They’re gearing up for an album release later this year, following on from their self-titled debut and a 7″ released through Underwater Peoples in 2014.

Their latest single, ‘Who Owns the Moon’, has musical touchstones in a bunch of local talent – and looking at the line-up here, that’s no surprise at all: Free Time is about the closest thing Melbourne’s got to a supergroup. Martin Frawley from Twerps on bass? Totally Mild’s Zach Schneider on lead?! Terrible Truths’ Joe Alexander on drums!?! Oh my stars.

Free Time is harnessing some of 2015’s golden boys of sick tunes, and on ‘Who Owns the Moon’, it’s nice to see they’re not just along for the ride – each brings their distinctive style to the picture, while thankfully not overpowering Nania’s vibes. Schneider’s wobbly, high-necked plucking is out in full force, plus Frawley and Nania work in tandem for a cooing, nasal vocal delivery (which sounds bad, but isn’t).

Free Time’s second album, In Search of Free Time, will be out in mid-2016.