CORIN is the solo project of electronic producer Corin Ileto. A classically-trained pianist, Ileto weaves complex keyboard melodies atop glistening, rhythmic soundscapes to create her own lush brand of electronica.

Since the release of Wave Systems, Ileto has been busy on a number of projects including a collaborative album with Melbourne artist Ju Ca, remixing composer Christina Vantzou, scoring dance works by Chloe Chignell, and recently joining Rainbow Chan’s live band alongside Moon Holiday.

For the latest instalment in our Virtual Mixtape series, Corin has provided a selection of music from some of her favourite Japanese producers. 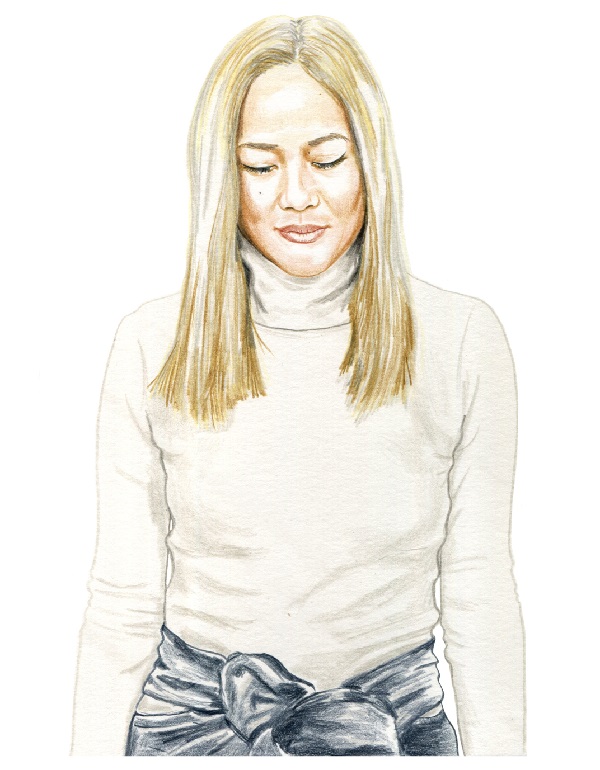 I am a long-time fan of Ryuichi Sakamoto and his multitude of collaborations, including his work in pioneering synth trio Yellow Magic Orchestra and piano collaborations with glitch producer Alva Noto in more recent years. The track I have chosen, ‘Riot in Lagos’, is from his album B-2 Unit released in 1980. I like the math-rock vibe and the mix of industrial drums with bleepy arpeggiated synth lines on this track. This track in particular has been cited as a key influence behind the electro sound of early New York hip hop groups such as Afrika Bambaataa.

DJWWWW is a producer that I found whilst sifting through the depths of SoundCloud. He is one of those mysterious producers that changes his alias every few weeks – his usernames have included “Lil Sega”,  “☆. exileVEVO”  and “pure trance”. He is also known for a label he runs called Wasabi Tapes which released a nice compilation Utsukushii earlier this year that I took part in.

Yoshitaka is another producer I found through SoundCloud. I like the way he weaves together samples and glitchy beats in a non-linear narrative; deconstructing club music and interlacing it with ambient moods, textural surfaces and hollowed out vocals. I also like the grime inflected subs and artillery hits in this particular track.

Soichi Terada is an electronic composer best known for producing house classics and video game music (see Ape Escape) throughout the 80s and 90s. As a child he loved to play on his father’s electric organ and he majored in Computer Science and Electric Organ at Tokyo’s University of Electro-Communications. A recent re-release of some of the house music he made almost 30 years ago has brought forth a well-deserved resurgence of interest.

Kyoka is a musician based in Berlin and Tokyo. She took pianos lessons as a child, but her most gratifying early musical experience was when she began to experiment with multiple tape recorders. Kyoka’s music draws upon chopped up vocal samples (usually her own), pulse wave oscillators, industrial techno beats and field recordings. When asked in an interview if she would ever sing live, she said “I don’t like singing women on stage, for me, that’s just too much of a cliché. But who knows, maybe one day I’ll strap a contact mic to my throat and do something interesting with that” (see https://www.ableton.com/en/blog/kyoka-superpowered/).

CHIHEI HATAKEYAMA – Light in the Dark

Chihei is an artist based in Tokyo who makes beautiful electro-acoustic ambient music. I’ve communicated with him on a few occasions, initially via email to ask if he could master one of my releases. I later met up with him in person whilst on holiday in Tokyo and was lucky enough to get his help organising a gig there.

I was initially attracted to the temporal spatiality of his music, the sustained walls of sound and his use of organic found sounds. I like the lightness and blissful mood of this track.

Catch CORIN supporting Oscar Key Sung for his ‘Hands’ single launch in Melbourne next month. You can also catch her playing Wondercore Island at the Gasometer Hotel on June 9, and supporting Fatima Al Qadiri at Howler on June 10.