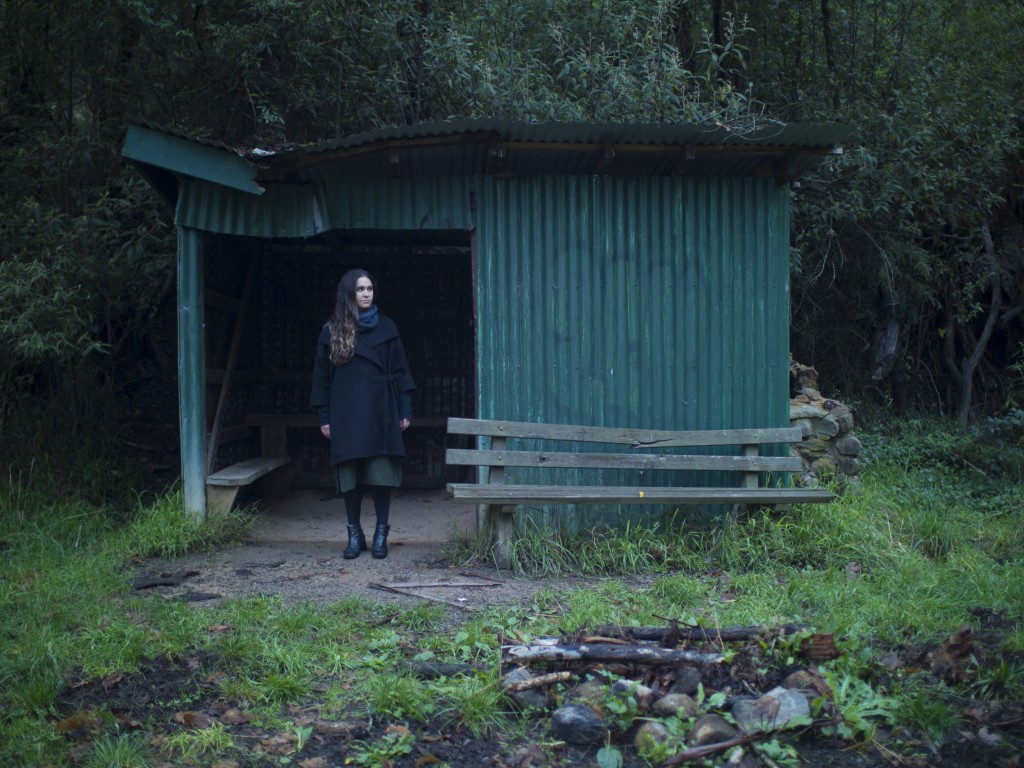 I’ve met Lucy Roleff a little way down the road from Triple R studios. She’s finished up doing an in-studio performance of her song ‘Every Time’ on The Grapevine with Kulja Coulston and Dylan Bird, and now we’re sitting over our hot beverages of choice, picking through the last couple years of writing and travel that led to the release of her new album, This Paradise.

As someone to sit down and chat to, Roleff certainly doesn’t channel the crystal fragility that comes through on a lot of her records. Lively and seemingly constantly amused, she’s honest and self-deprecating about her musical career to the point where you could be tricked into thinking she isn’t making some of the best folk music around. She carries a small notebook and pen neatly tucked into a plastic sleeve, possibly a home for the many illustrations that find their way into watercolours and drawings on her blog, but today we’re together to talk about her new record.

This Paradise is a considered and deeply rewarding album, and while Roleff is clearly a passionate musician, a life lived through records and microphones in the traditional album cycle sense isn’t something she’s interested in being defined by. This Paradise is composed of songs of varying ages; the longest and most verbose on the record, ‘Two Children’, is around five years old, having been written around the same time as songs that eventually showed up on her 2013 EP, Longbows.

‘They just kind of trickled together over time, and then when I knew I was going to record the album that’s when I had to sit down and go, “which songs am I going to use?”. I think I had eleven songs all together…one of them was really recent; I wrote it when I was learning the harp. It was kind of a mix of years of songs, going back through the back catalogue.’

Roleff says she isn’t prolific, but later tells me a story about how she came across binders lying in some disused part of her closet, holding songs from different periods of her life. Songs about boys, ditched partly in an effort to create a stronger voice for herself, but also to stop getting teased; songs about esoteric concepts, songs about Dalmatians, even. This Paradise sounds like a consolidation of these binders (without the boys and Dalmatians, though). It skips through varying phases of life and the concerns held within. Whether or not the album is going to go the way of those dusty old binders – shuffled away within a closet, to be discovered later in life as a time capsule of these past few years – Roleff isn’t sure. 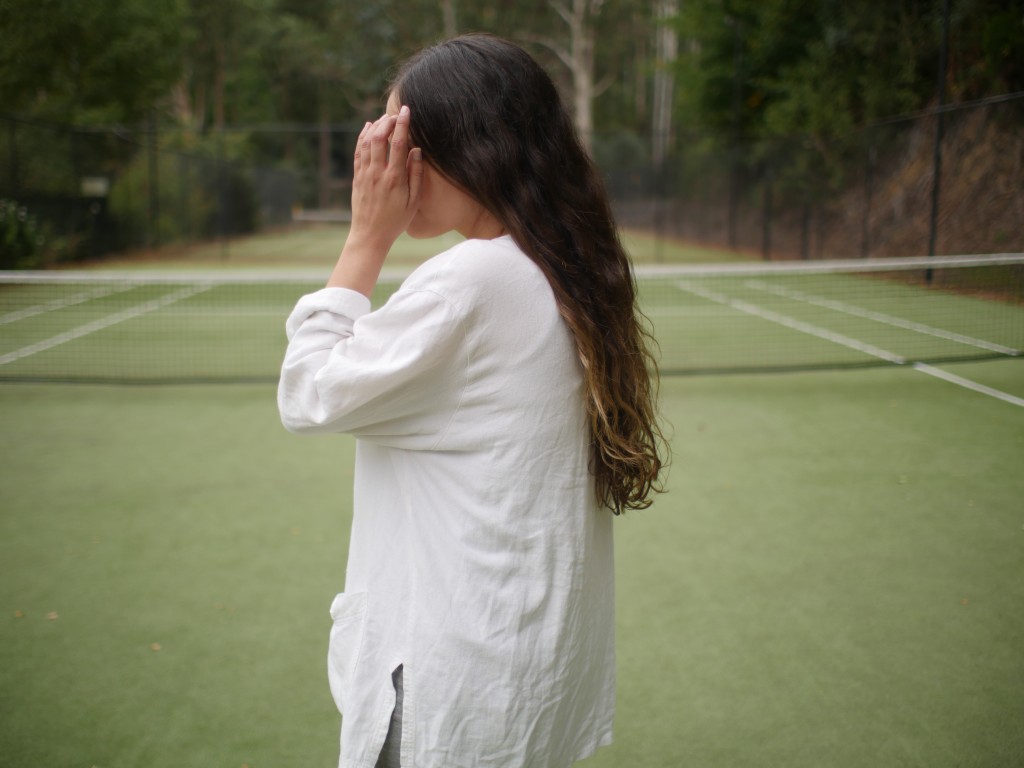 During the recording of This Paradise, Roleff and producer Tony Dupé (Holly Throsby, Jack Ladder, Sui Zhen) made use of an old hall built off a house Dupé once inhabited. Apparently it had been used as a kindergarten at one point or another, a bathroom to the side equipped with tiny basins and toilets for the little ’uns, which Roleff described as ‘really spooky’. Over the course of three days they recorded vocals and guitars, Dupé often pausing their focus so they could go for a walk to browse the local Salvos or watch YouTube videos.

Roleff says the space itself found its way onto the recording – ‘Especially on songs like ‘Haus’ and ‘This Paradise’, which are kind of meant to be lofty and enormous. We had a lot of mics set up around the room, getting the ambience.’ The use of the hall didn’t stop there; electronic guitar and bass were pumped into the room through an old amplifier and re-recorded by Dupé.

This Paradise is, in large part, carrying on the influences established on Longbows: European art and literature have a major influence here.  Roleff says, ‘[its] the idea of tradition, I suppose. Or maybe because of my classical training I’m drawn to strange intervals or whatever. I never try, I’m never like –’ putting on her best stuffy musician-academic voice for effect – ‘I’m gonna make it really interesting and weird so people think I’m cool – “it’s so Motzartian, Wagner was a big fan of this method” or whatever’.

That European influence is homegrown, too. Sandwiched between a German dad who still bursts into operatic song at the kitchen table, and who Roleff describes as being ‘pretty damn German’, and a Maltese mother, Roleff says her upbringing in Melbourne’s Ferntree Gully didn’t expose her to the Anglo culture that dominates the childhoods of many Melburnians.

‘Growing up, family was our friendship group. My parents never really had friends outside of our family. My cousins and I are basically siblings; raised in each other’s households, that whole thing. That seems to be a European thing, especially when they’re immigrants.’

I ask whether a song off the record, ‘Haus’, is inspired by her childhood home, but its genesis was more a conceptual place than a lived one – ‘kind of the sense of being trapped in [an old house]. In the verses I talk about the decaying house and the lushness of the garden, but in the chorus it talks about there being a gate, so there’s a way out.’ Roleff’s style isn’t totally owing to Europe, though. She tells me that ‘Haus’ is also inspired by the 1977 Nobuhiko Obayashi film Hausu, a psychedelic horror freak-out in which a house tries to devour a group of Japanese schoolgirls.

Unlike her father, who still performs in choirs at the age of 82, Roleff doesn’t find herself inevitably drawn to the stage as a performer. ‘I just…don’t. I don’t wake up in the morning and need to go play a show. The music is the end goal for me. I like [performing], I definitely get a kick out of it, but I need to be pushed to do it. Maybe because I’d been doing it since I was a kid I got fatigued…When I think about that road-dog, rock-show kind of lifestyle, I get deeply despondent.’

This Paradise has roots in those burnt out and anxious feelings. On the title of the record itself, Roleff explains, ‘I went through a lot of anxiety, and when I was going through that I got confused about what “real happiness” was. The word “paradise” would get thrown around, and I would just think, “what does that even mean, I never feel that”. I think it was about touching on that and getting an idea of what it was, or a reflection of it. It’s elusive.’

Lucy is launching her new album This Paradise at The Gasometer Hotel on July 28th.

This Paradise is out on Lost and Lonesome Records.