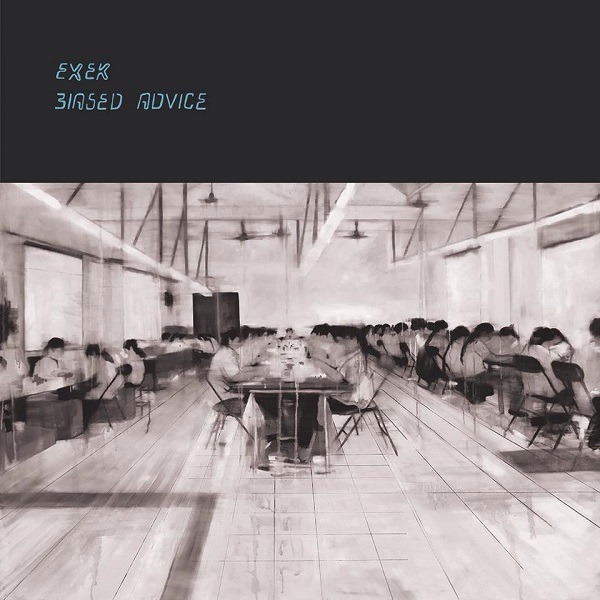 One of the things music writers do that I hate the most is calling music ‘cinematic’ BECAUSE 1) literally any music can be used to score a film, means nothing and 2) what, it’s dramatic? It’s moving? It easily conjures up a lot of images? Well, say that.

Biased Advice was released earlier this month so I’m a little late on writing this up. Actually, really really late considering half of the record is made up different versions of songs released in 2014. But these are pretty distinct version, rerecorded with new permanent band members and instruments. Biased Advice is way more fleshed-out, though the sound is far from full. The emptiness of these songs is what makes them creepy and interested.

Distant, echo-y production, clattering percussion, snare hits linger and hiss. Sometimes it’s hard to pinpoint where the sound is coming from. I listened to it a lot home alone one night and had to get up more than once and check there was no one in the house. Though there’s also an underlying undeniable groove to these songs, the way they’re propelled by simple slow-burn bass lines – and the way ‘A Hedonist’ kind of sounds like a fucked ‘Chick Habit’ – makes the menace intriguing.

Highlight ‘Replicate’ gives us fragments of cynical, disaffected declarations, a searing guitar line and strings that hound the listener into attention. Tossed off lyrics like ‘stick figured/ adolescent/ disinfectant/ replicant/ it reminds me of you’;  ‘That’s not interesting / that’s old news’, are short-hand for cynical disaffected listeners to pick up on and make meaning out of. It’s music based on mood – to spell it out would ruin it.

Side B of the tape is all one sixteen minute song, ‘Baby Giant Squid’, which sounds like the name of a fucking Pond song but the psych touches Exek utilize throughout this record are way more squat than stadium. The final track slow-builds from a dreamy, sci-fi soundscape of screeching guitars and low-key jazzy bass into a cacophony of bells and chimes, before a long spacey fade-out.

Go see Exek at Maggot Fest this weekend if you’re going. And ask them to come back to Brisbane thanks.