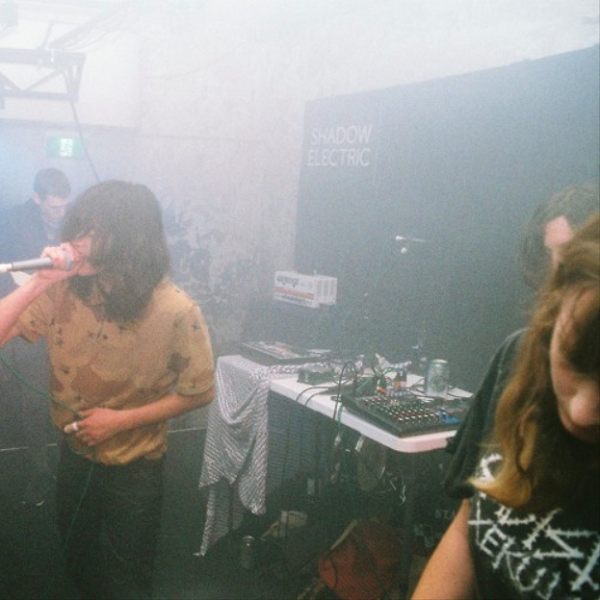 Might surprise you to hear this from your ah, oracle of all things new and current, but at my house all we listen to all day and night is this ‘80s playlist that my genius housemate made. Every song on there, from The Chills to deep cut Dexys to Belinda Carlisle is perfect. No matter how many times we listen to it every few songs something will come on that sparks a chorus of THIS SOOOOONNNNG. This. Fucking. SONG.

I get a real similar feeling when I listen to this new single from Sydney 4-piece Orion. The ‘this fucking song’ feeling. It’s that dirty word nostalgia, but without the kind of cheesy theatrics that makes you cringe away from stuff that sounds too openly ’80s in that big shallow shiny chorus kind of way. Not that the big choruses aren’t there, they’re just sold with a defiant gaze rather than a shit-eating grin. And that post punk-y guitar so thick you wanna wallow in it like the fucking Smiths loving pig that you are.

I think one of the biggest skills in in pop music is being able to crib little references and signifiers that already mean something to people and serve them up in a way that resonates immediately, but is also obviously your own thing. It’s difficult and takes a lot of sensitivity and smarts, which Orion definitely have.

Execution is off the band’s debut self-titled LP, coming out on Cool Death Records on Friday (not to rub industry perks in your face, but I listened to it already and that’s some GOOD SHIT). You can preorder the record here. A few of the tracks are re-records off this demo EP that came out a couple of years ago on Paradise Daily too, if you wanna be fully prepped. Also Orion shares members with M.O.B who released that sick tape also on Paradise Daily. Yeah yeah yeah yeah yeah yeah LINKS.