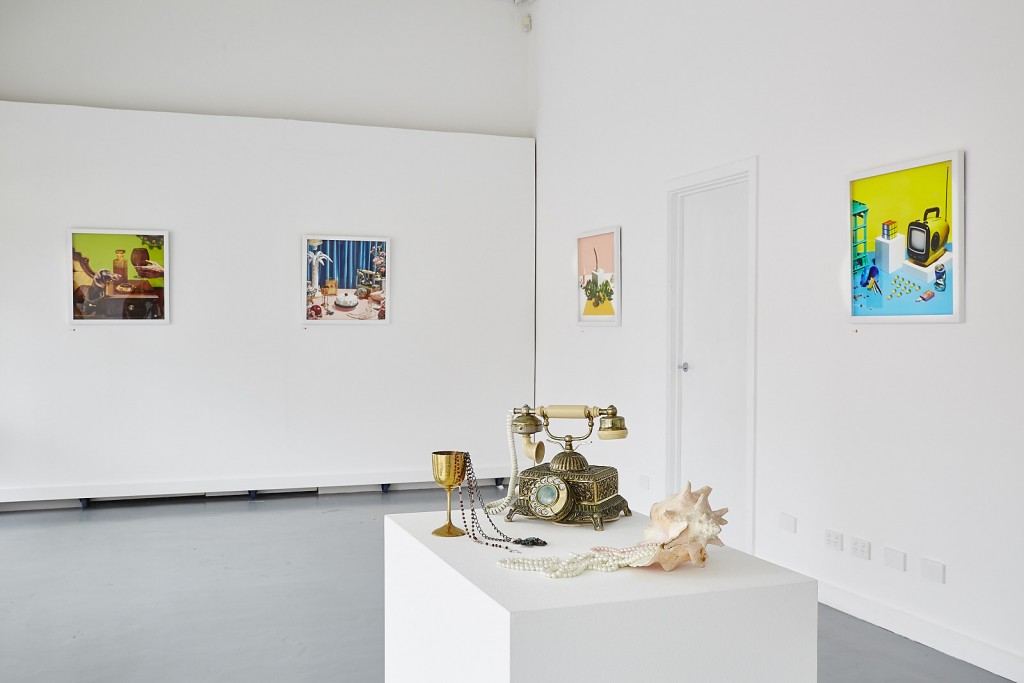 Sorry, I’m getting ahead of myself. Hutchison and Ori’s audio/visual collaboration was realised at Neon Parlour Gallery in Thornbury. Ten songs, ten images; each a visual representation of the tracklisting that makes up Biscotti’s debut record on LISTEN Records, titled Like Heaven in the Movies. It helps that Ori’s musical stylings are so eclectic, escaped and elastic, making ample inspiration for Hutchison’s series. I spoke with Ori and Hutchison recently about their collaboration.

So the name of this record, ‘Like Heaven in the Movies’, where does that come from?

CO: Well the concept for the album was that I was playing with the idea of it being the soundtrack to a film that doesn’t exist, and because the songs that I write are so eclectic I end up going through a lot of sounds. So I wanted a theme that would tie them together. Even though I was making lots of different styles, I felt with Like Heaven in the Movies, if it was a ‘film’, there would be all these different scenes, and different things could be happening, so each song was a theme for a different scene, or event, or character even. 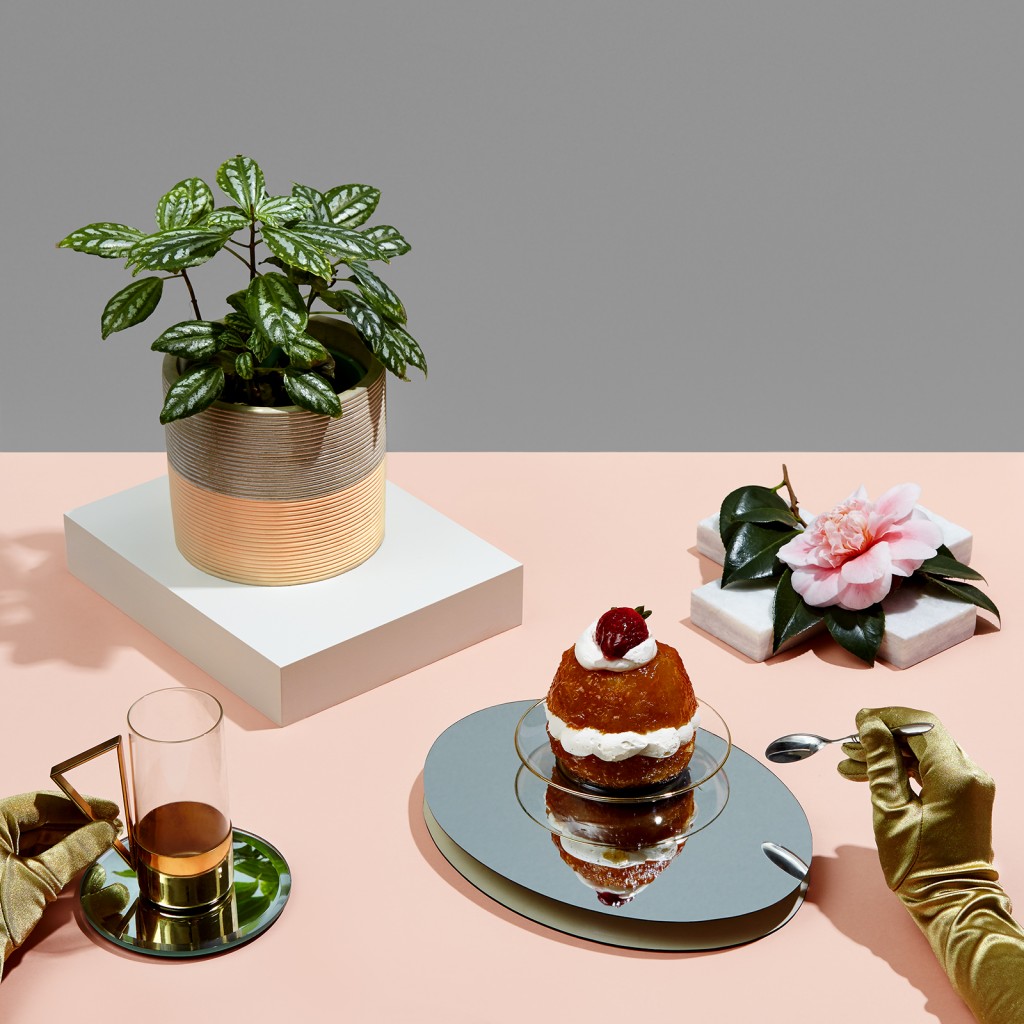 What’s it like listening to your album on repeat all day, surrounded by photographs of each song?

CO: Well I actually turned it off because I got sick of it

AH: Today is actually the first day I’ve been hearing it all together, and it’s been really nice. Probably the best we’ll see it, all the photos in the physical world, and the music playing over some nice speakers.

AH: It’s been packed out! We’re both so happy. I don’t think it could’ve gone any better really. 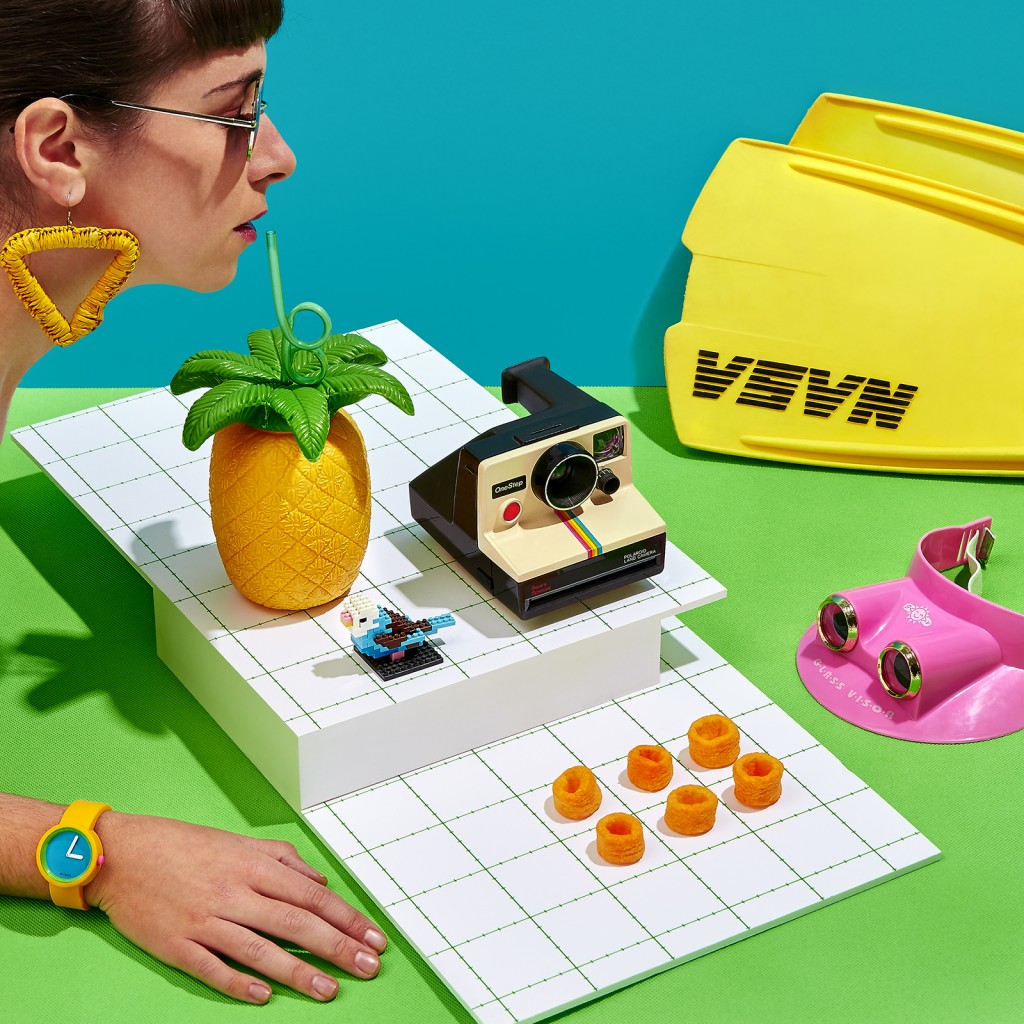 The album seems to draw a lot of inspiration from cinematic styles and periods, 70s Italian work especially. What are the movements within cinema that had the greatest impact on Like Heaven in the Movies?

CO: I really got into Giallo films, which is Italian horror; Dario Argento and Ennio Morricone worked together a lot during that period. They really set the style, in a way, together. Song-wise, ‘Leave the Gun, take the Cannoli’ is very specifically from The Godfather, and when I was working on the album a friend of mine mentioned that quote and I was just like “pwoah…thats just…gotta be in there”.

Actually, one of the techniques in my creative process when I was writing the album was thinking about how I could start writing a song. One of my problems is titling a song once I’ve written it, so I thought, this time, I’ll actually title the song before I’ve written it. So I just started brainstorming this list of names, one of which was ‘Leave the Gun, take the Cannoli’, also ‘Velvet Sunflake’. 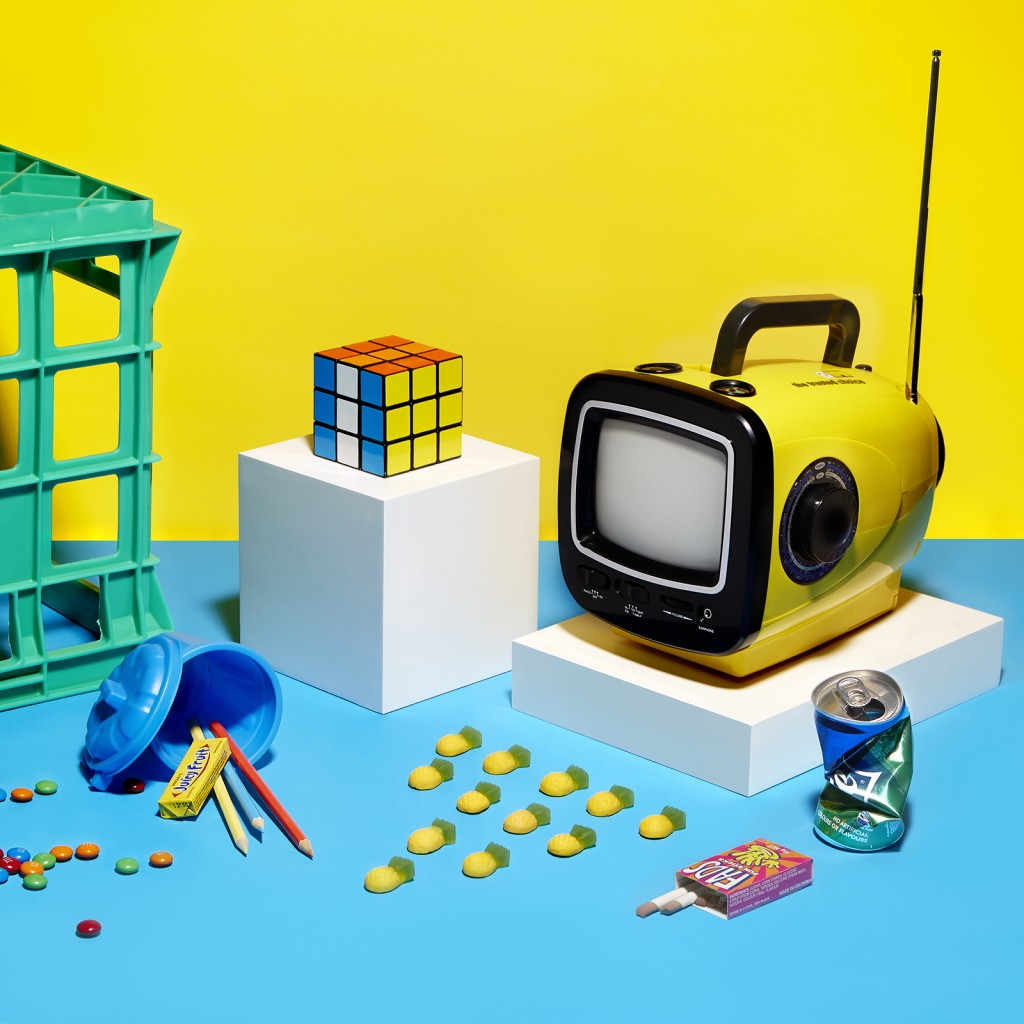 How did the collaborative process begin between the two of you?

AH: We’ve been friends for many years. We’ve done a few smaller collaborations like promo photo shoots, and Carla responded to some of the imagery I’d been creating in a series of still-life photos. She expressed an interest in collaborating over some album artwork, and I was really keen; I love Carla’s aesthetic, it matches what I’ve been doing with my still life work. So we got together and we agreed we’d at least create the back and cover art for the record, but once we’d set up the lights we were like…maybe we should just do two more for the singles and stuff.

CO: Then we were like “ohhh…they’ve come out really good. We should do one for every song…”

AH: When we put ‘Jeanie Brown’ online, people really took to it. There was a lot of people engaging with the image and it encouraged us to pursue a larger project, which we see all around us now. 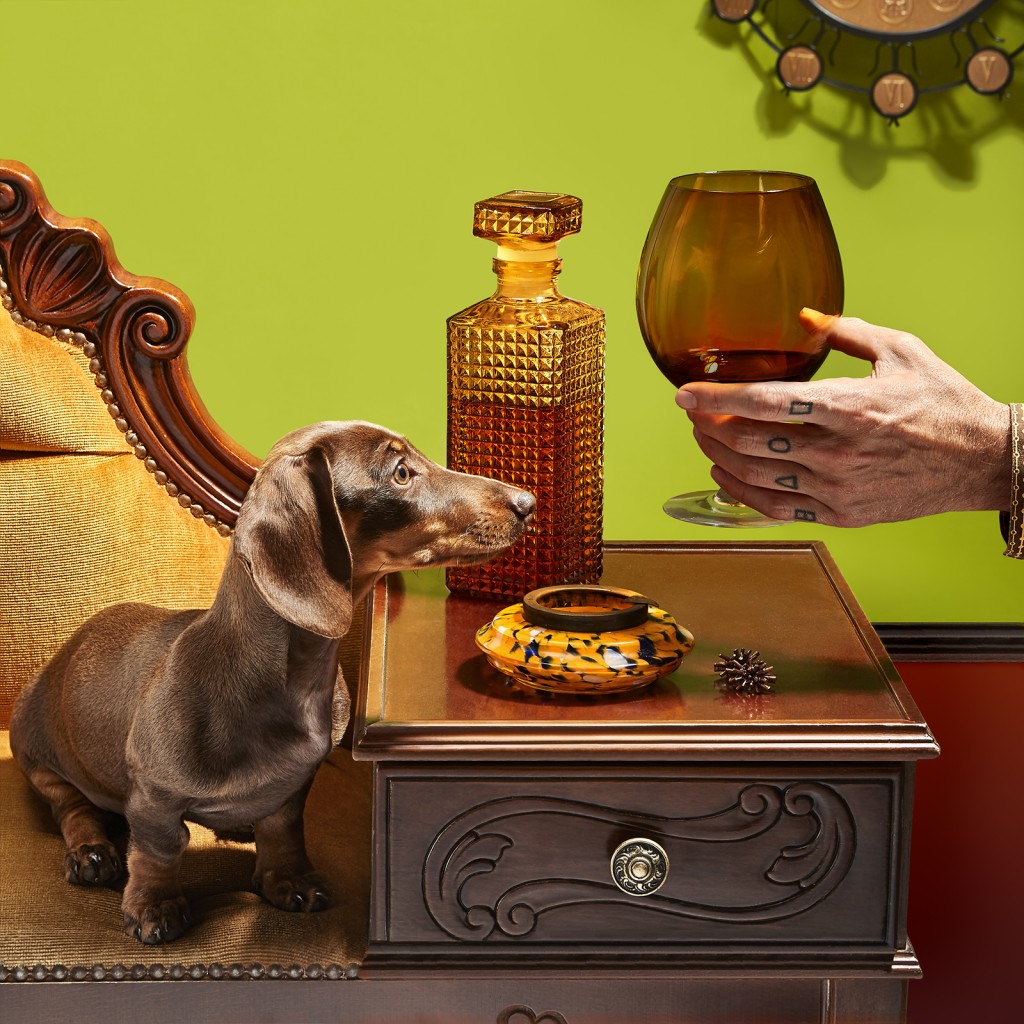 What were the conversations like surrounding the collaboration itself when it came to actually creating the images?

AH: I would say it was surprisingly organic. I mean [the images] were highly considered…

CO: We’d use Pinterest to spark the beginning of each image. I had an idea of where I’d wanna start and Alice would be like “yeah!” and start putting stuff up on there.

AH: We’d literally get colours, and put boards together just with colours. But also other things like…a velvet curtain, or an old leather sofa, and then Carla would respond to that. Then in real life we’d go on op-shop journeys and source products. Many months of sourcing went into that. Some of it was a real challenge, others were just jackpots. 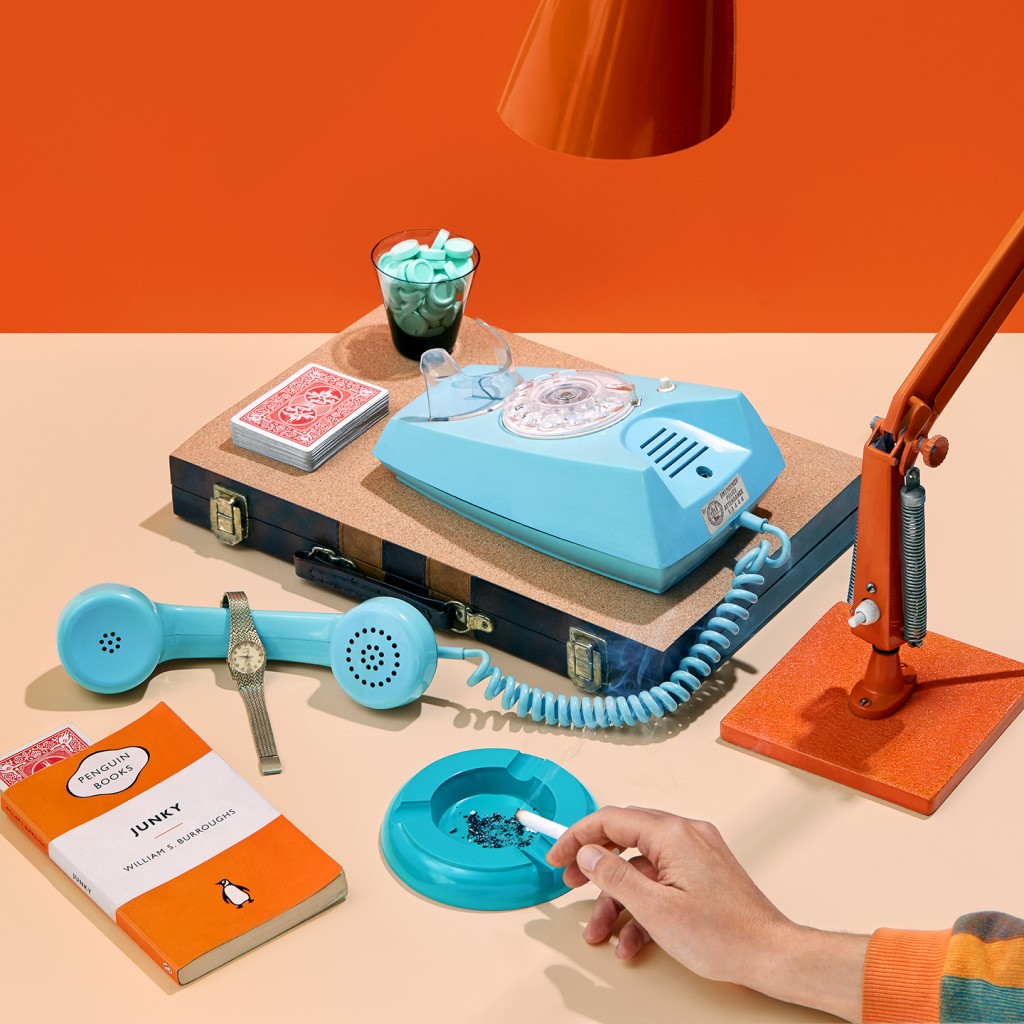 AH: We just found that in an op-shop; Carla literally picked it up and just yelled “ALICE!”, holding it aloft over her head. We were just like “holy shit, yes”.

CO: I was also trying to think of friends I had who were collectors. Obviously we didn’t have a huge budget to go out and buy or hire props…we only hired one thing, the gun… 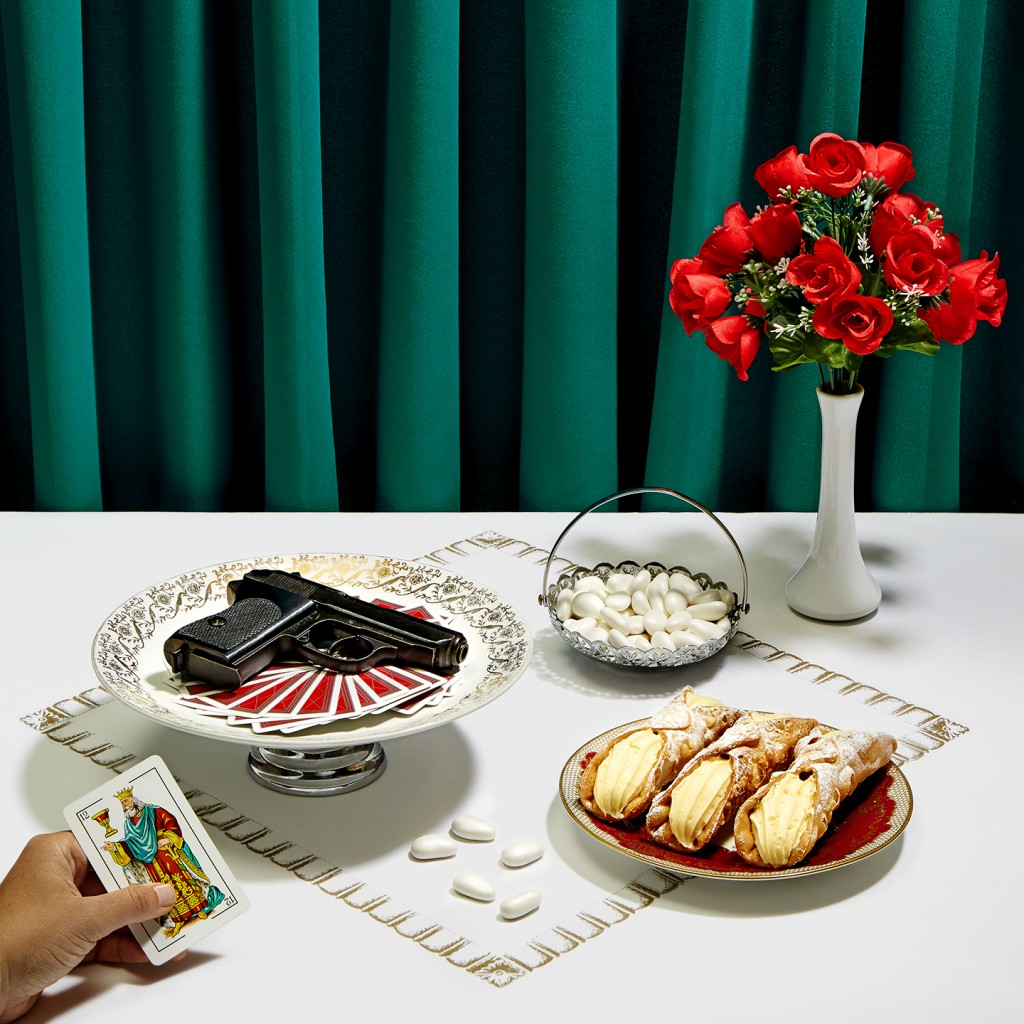 CO: We had to go to a back-door hire shop, we had to meet the guy in the street and he took us down an alleyway.

AH: Yeah we went up this series of outdoor staircases that led to this tiny room that was all fenced off.

CO: But y’know I didn’t get a bad vibe off him, we did call the cops, though. We actually had to because we had to check to see if we had to get a special license to use it for the day and they were like, “oh is the guy you’re getting it off named ‘such and such’? He’s fine.” I was just like, “thank christ, he’s legit”.

Carla, how did your knowledge of the song’s themselves influence the creation of the images?

CO: Well in the case of something like ‘Instamatic’ I thought more about the tone of the song, so like; summer, fun, pop aesthetic. So I thought what objects would portray that?

AH: Me and Carla were very much on the same page about everything though, I think there was enough discussion about the songs, what the songs were about, the feeling we were going for. These were pretty extensive conversations.

CO: Oftentime I would have pretty specific colours in my head when I thought about a song. These songs sound like these colours. If I was going to make a ‘Jeanie Brown’ music video, it’s gotta be blue and orange.

AH: The images are highly influenced by the props themselves, so they bring their own stories. You try to drop them into your own narrative. We were very considered, I hope that comes through in the artwork.

So I wanted to ask about the penis statue…and the school. 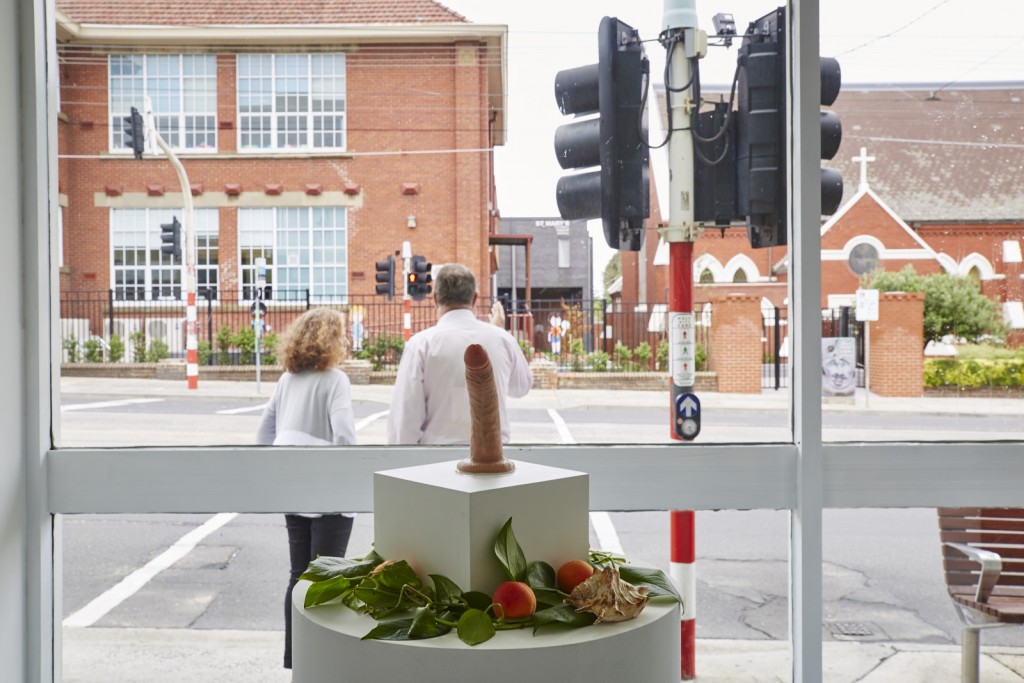 I notice that you’ve got it covered up… what happened there?

AH: What happened was that we didn’t realise that there was a primary school across the road, and our exhibition opened the same day that school went back for the year. Total coincidence.

So they went and had a sook to 3AW.

AH: Yeah, and then they called the gallery, the gallery called me, and I just said “oh well I never even considered it to be controversial, I’m not going on air to defend my work, I don’t feel like that is a balanced forum in which to discuss artwork”. My written statement was to the effect of… *pauses*

CO: “If art isn’t the form for expressing yourself, then where in society is the space for that?”

And I’m assuming here that the problem was sexuality and children, right?

I’m not saying we’re right and they’re wrong, we responded in a way that was ‘if you’re asking us to censor this, then we’re going to censor it in the most blatant way we can’. 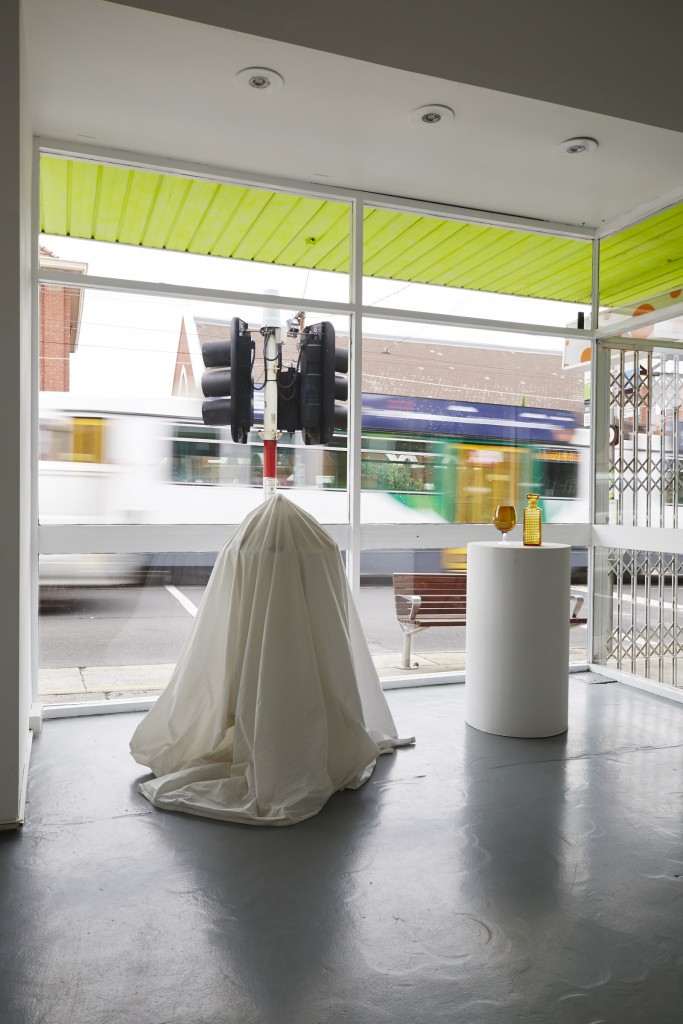 Biscotti’s debut album Like Heaven In The Movies is out now through LISTEN Records.

Biscotti will be touring nationally in support of the record, the dates for which you can find below.