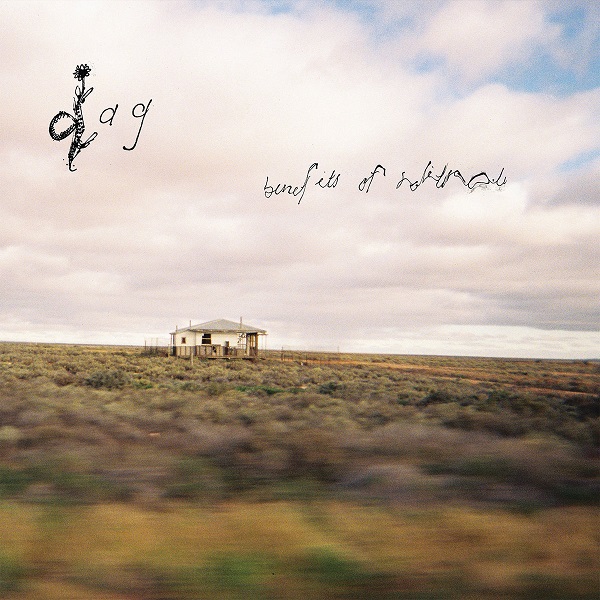 It’s interesting to me the way this record has been promoted as being Australian rock and roll, in the vein of The Go-Betweens and The Triffids – not cuz that’s inaccurate, but because of how those bands often seemed uncomfortable in their Australian-ness. They lived in England, they wanted to be English art-college post-punk, but the frustration of being outsiders on a far-off island prompted the melancholy isolation that became so much a part of what we think of the Australian sound.

And a couple of decades later middle-class uni dropouts broaden their accents and keep year ten English extension prizes hidden. Well, that’s the story for a lot of us. But not Dusty Mc-Cord Anastassiou, Dag‘s front man and songwriter. His takes in growing up amidst the struggle of cattle farming, moving to Brisbane and finding a new way to be lonely.

The kind of Australian young adulthood this record captures has the same isolation as those private school boys longing for fashionable Manchester squats. But in a way that seems to understand that it’s not always about the place – you can be alone and misunderstood anywhere. (Though Anastassiou has moved to Melbourne since recording this record – does that make that whole preamble moot? We’ll see).

Something I’ve noticed about when I write about records: I love moments. I love to quote poignant lines like, ‘Hey, isn’t this REAL’ or draw attention to the way a little drum fill or riff grabs your attention and makes a song special.

And there’s plenty of those in this record – like the off-kilter heartbreak of ‘Not Fine Mind’ perfectly signaled by its opening discordant brass, leading into the casual cruelty of lines like ‘I know at times I can be unkind / it doesn’t help hearing you move at the back of the house in a close friend’s room’.

Or the beautiful classical guitar bits in ‘Exercise’. I wonder why they didn’t make this a single – the mix of sinister imagery, hopelessness and relentless, jaunty beauty in the swing of the guitars and the ooooh oooohs seems like the perfect teaser to hook people in. I guess they kept it to start the record how they intended to go on – sadly lovely, full of surprises.

Or, the catches in the throat and the fingers moving on strings that bring such and intimate human physicality to ‘Company’. Maudlin violin and unsettling sounds mixed in to tighten the vice on your heart.

Then, the naivete of ‘Guards Down’; sweet and easy like love should be, sung with a smile – just the thing to break up ‘Age of Anxiety’s furious fear and the grim, classic country death storytelling of ‘JB’. ‘Endless, Aching Dance’ is a stark picture of a drought-stricken cattle farm, the demons that breed in an atmosphere as leaden with death as that one. Death is all over this record. And not in that ‘I’m a nihilist so I don’t have to care about anyone’ way, but like it’s something real, something you have to fight off tooth and nail at any moment.

But it feels like a disservice to just pull apart this record without talking about how, for all these beautiful pieces, it works even better as a whole. It’s less of a story more of a picture, when you listen to the whole thing you get a nuanced understanding of time and place where there was boredom and anxiety and depression and love and fun and a fuck load of nothing. It’s an album of beautifully written songs about strangeness and ugliness, an album about isolation that draws the listener in close. It exists, it struggles on, it says you can too.

Benefits of Solitude is out on Bedroom Suck right now