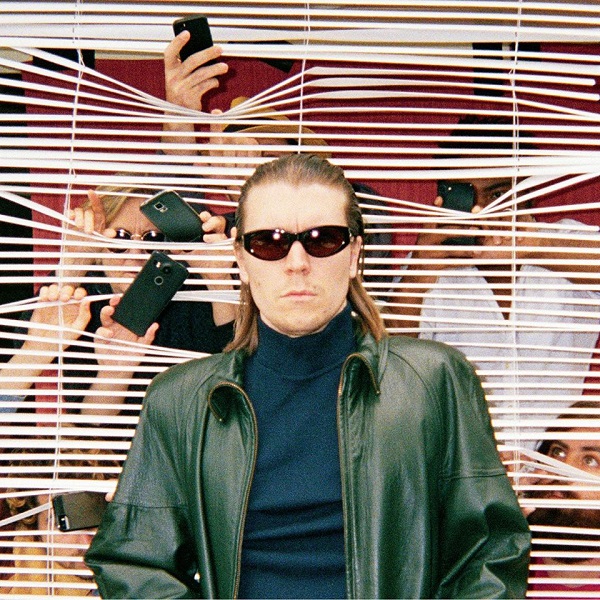 Junkee is a media company that exists to get clicks, sometimes they post good stuff sometimes they post shit, it’s whatever. But that article about Alex Cameron, Kirin J Callinan and Client Liason being apologist for toxic masculinity kind of seems indicative of the media’s obsession with slowly stamping out of nuance in all kinds of art.

It seems purposely obtuse for anyone to say that by representing a bad man Cameron is benefiting Australia’s problem with toxic masculinity. Firstly, from the very start it’s clear his character doesn’t have power, he’s a loser. He’s a pathetic, creepy guy, and that we can know that and still want to listen to a whole record about him is testament to Cameron’s song writing. But there’s also no Australian references at all really – from Cameron’s upward and outward trajectory you’d guess this was targeted at his new American audience – he’s lived in the states for years.

There’s no leaving your kids in the car at the RSL here, it’s all motels and superclubs and getting shat on by eagles. If you follow Cameron or his sax player Roy Molloy on facebook or twitter, yeah sure there’s plenty of Aussie as stuff, but from the record alone there’s no reason to think the character is Australian. He’s a faded vegas grifter, the kind of guy who buys nunchucks, watery eyes, too rough handshake. We’ve seen it in movies, always the character who gets killed off in a funny way. It always feel like we’re laughing at that kind of guy with Cameron, his lame faded party fantasies in ‘Hacienda’, the Vaseline-lensed portraits of twisted sheets and fucking raw. It’s like porn, funny and gross and you feel guilty for liking it but almost everyone does.

But, for sure, I won’t tell gay people how to feel about the F word. If someone hears ‘Marlon Brando’ and it makes them feel degraded, regardless of context, that fucking sucks and Cameron should have found some other way to make the character seem even viler then he already is.

I guess the main confusion in that article was that the writer obviously likes at least some of these bands, some of these songs. They call them ‘clever’, ‘well-intentioned’, even ‘jaw-dropping’. They’re constantly second guessing themselves through the whole thing. Maybe they feel weird about liking songs where a guy sings about waiting to fuck his 17 year old girlfriend until her 18th birthday. But that’s what it’s like sometimes, the world’s fucked, got a lot of fucked people in it, and sometimes artists wanna represent those characters and also make really, really good pop songs.

Cuz Forced Witness sounds slick and sexy and cool – and cheesy and bombastic and cringey, it’s all part of the world Cameron invites us into. When you rub off a bit of the grease, ‘In my dreams I miss you / and I wake up to reality’s bliss’, is a fucking romantic line. His gift is one that allows you to dance along to ‘The Chihuahua’ even if it reminds you a bit of your ex who used to always try and touch your vagina in public, and even laugh at that guy while you do it. ‘The Chihuahua’ is full of great lines ‘Chasing pussy online cuz the dog’s feeling fine and he needs it’ – hilarious, ‘love’s a diabetic sweetness, love’s a fistful of bronze jewelry’ – great stuff. There’s also that kinda dance hall feel, the fizz and swing of brass and percussion that makes this song sound light as air while the lyrics stay mucky. It’s a bummer that people think they’re not allowed to enjoy such a fun song cuz the dude says ‘pussy’ a lot in it.

Of course people like Cameron and Callinan and all the dudes in Client Liason have benefited from white male privilege. Every white man has. To put limits on the way they can comment on this privilege seems backwards and pointless. I have benefited from straight white female privilege. You’ve probably got some privilege that you benefit from. From that point we start out, then we decide what to do from there. And what Cameron’s done is a lot better than pretending to be the sad guy who never gets the girl cuz she only chases sleazebags (the kind of cliché that ‘Marlon Brando’ so perfectly skewers), or a right-on warrior for equality getting limbered up for all the dick sucking he’s about to receive.

It’s cool that somewhere with money is publishing long form music journalism with a point. But if you think about it for more than one second, there’s a lot more going on in Forced Witness than fits into this article’s opinion of what art is allowed to say. And boy, it’s GOOD.