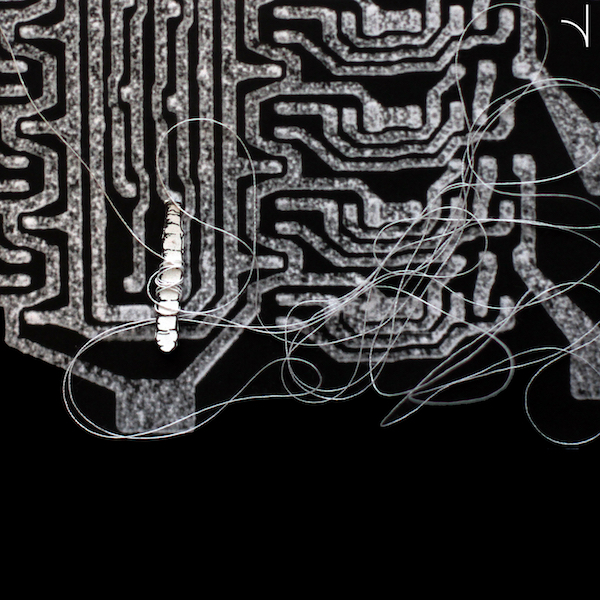 On opener, ‘Stents’, the processing and production of Oliver Bown isn’t as immediately apparent, the band instead opting for a sound more akin to their live form. The flittering thrum of the electronics still provides the pulse, while the piano and cello parts gently inhale and exhale giving the controlled frenzy of Evan Dorrian’s drumming freedom to explore. As the track approaches a mid-point this balance soon shifts as Bown takes control, the drums swallowed up and spat back out in pummelling drum n bass rhythms, while the band paints in wild brush strokes across the musical canvas before a sputtering dissolve.

‘In the Beginning’ has a far more spacious feel, at times recalling the sparse post-rock landscapes of Talk Talk. As with ‘Stents’ the piece gradually morphs into something altogether different, in this case slowly building to a blissful, hypnotic crescendo as a perpetual drum loop and floating piano collide until neither is recognisable against the enveloping milieu.

Final track, ‘Arteries’ feels similarly sparse to begin, the undulating piano, subtly affecting guitar, and almost celestial atmospherics giving an air of euphoria, a mood that suits the bands sound perfectly. Flickers of this could be heard on their previous album – the final act of 12-minute opus ‘Oberon’ springs to mind – but this feels more fully realised here, an exciting preview of how the group has evolved since we last heard from them.

As with their previous effort, Stents + Arteries is released via U.S. label Temporary Residence who will also release the new album due out later this year.