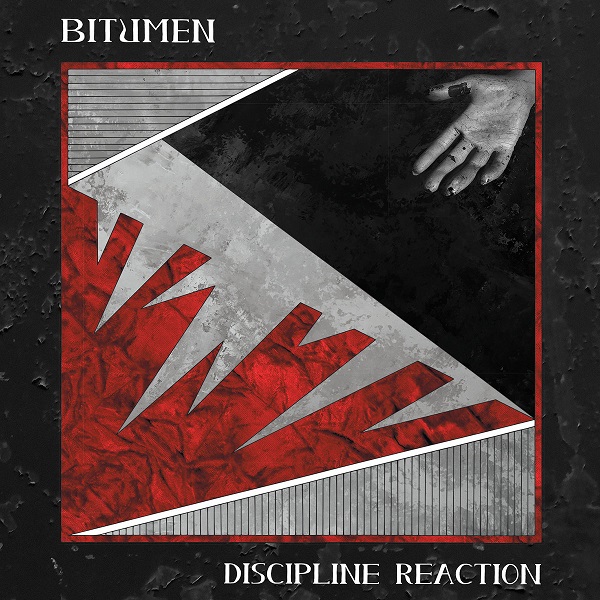 Like every inner city nerd who couldn’t find a warehouse party with an event invite and maps, I love industrial music. Like every weepy romantic who stopped being cute ‘n’ tortured a long time ago, I love post punk. And, like every right-thinking person, I love metal. This deadly tough and dramatic record from Melbourne’s Bitumen is the best part of all three.

The album opens with the dance track, ‘Lash’, and there’s some beats here and there across the whole thing you could make a party out of if you were really committed. But at its heart this record is sinister. They play with the goth, old-timey references in the titles ‘Sicker Dowry’, ‘Pound of Flesh’, and keeping these songs out of a modern context is important. It wouldn’t work at all if these songs were about Tinder and Newstart and missing the bus. I think we’re maybe a bit sick of that anyway. I know I don’t want to hear about my own life in a song any more. Yuck. Give me darkness and depravity, power, violence, dangerous seduction. Not more constant niggling anxiety.

A lot of guitar bands are using drum machines now – it makes sense, give the people something different, don’t have to worry about a kit, hey, you’re playing clubs now. But it’s for this kind of music that drum machines were invented. Cold, precise, robotic, not a hint of swing or groove. The bass is tech without being distracting, guitars tense, tight and massive.

First single ‘Twice Shy’ comes with an unsurprisingly dark and moody film clip, it’s a good punchy single, but doesn’t quite do justice to some of the complexity of the rest of the record. But that is honestly some nitpicky shit. I’m trying to avoid slavish enthusiasm. It’s not working.

‘Pound of Flesh’ is my favourite song because it is drone and desire and it is absolutely huge. Until like a minute from the end it builds, guitars groan and rattle and shake the foundations. Kate Binning whispers ‘I’ve been watching from a distance I’ve been waiting for a signal…’. Then it opens up with her frenzied spat vocal. ‘Pound of Flesh’ and ‘At Bended Knee’ are both revenge horror movies, menacing anthems for the wronged; ‘I’m not quite who I used to be’ ‘I take back what you took from me’.

I think the secret to Binning’s power is how absolutely in control she sounds through the record. Plenty of vocalists could get lost in the sea of riffs and synth hysterics, but the vocals always do them one better, sounding a bit sicker, a bit darker, a bit more crazed. No monotone drone under reverb (well except in the obligatory atmospheric track ‘Wriggling Signal II’, but who doesn’t like a bit of atmosphere) the vocal melodies hit just as hard as anything else. Cardinalidae is the stadium track in an album full of stadium tracks.

This record, to me, is so extremely Melbourne, but without the bad parts. It’s that self-confidence, style, cool, with just enough edge, but it doesn’t try too hard at any of it. It’s dead serious, without crossing that thin sneaky grey line into being silly. Which is hard. Most bands wouldn’t even try, let alone pull it off this well.

Buy this good record from the good label Vacant Valley