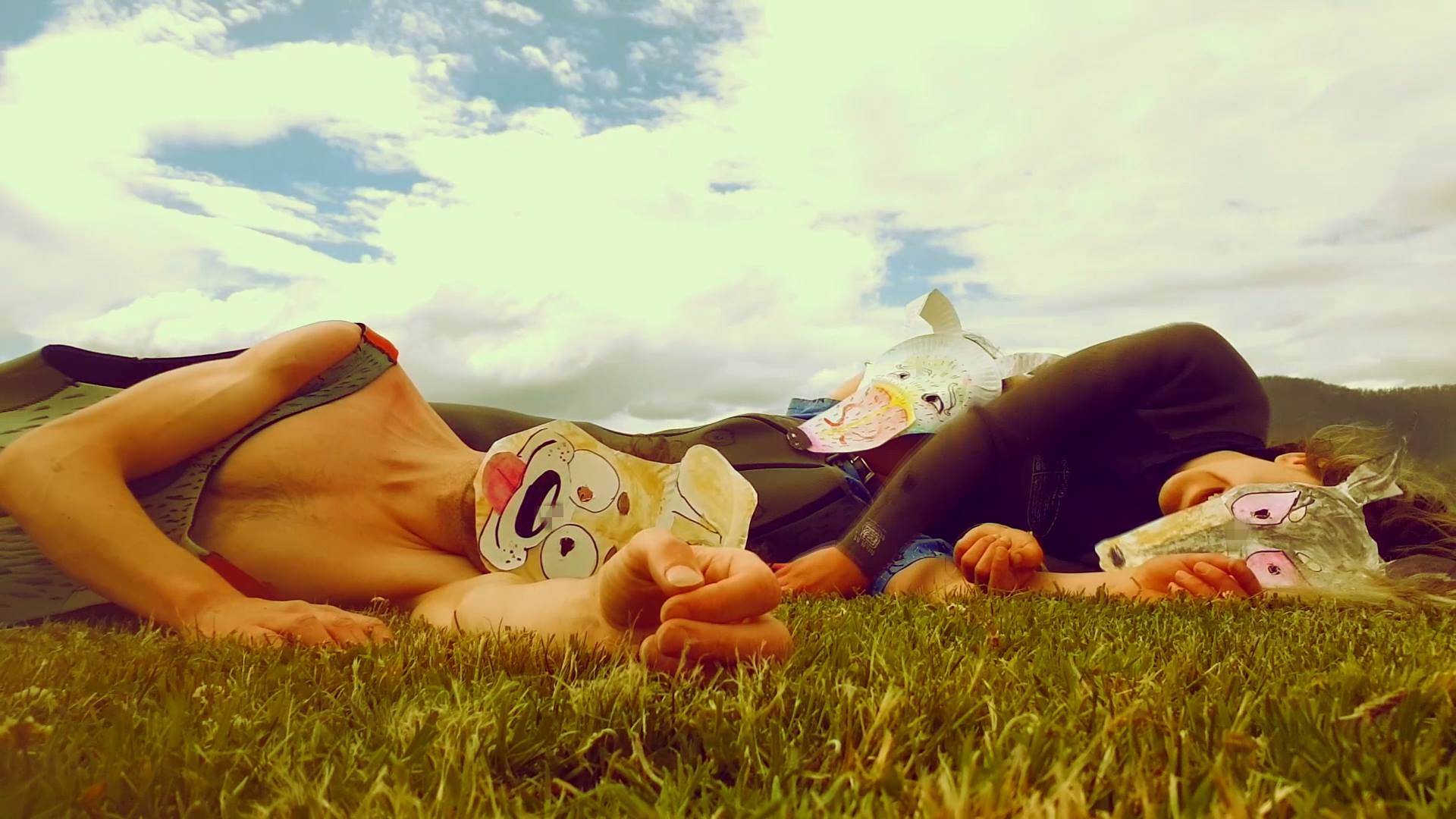 I’m such a dumbshit it took moving to Tasmania for me to discover what, apparently, all my friends already knew and were keeping from me as some kind of sick joke: All The Weathers are one of the most exciting bands in Australia. It’s true, before this year I had absolutely no idea that just one band could be fun, arty, weird, funny, catchy, smart, brutal and beautiful all at once. Must be that mountain air.

It’s been a while since the band have released anything, but a few days ago we finally got a taste of their third record, called For the Worms’, out on January 21st. This first track  ‘Jobs for Dogs’ does the quiet-loud things with a frantic hysterical energy, dirty growling guitars and a video that combines a serious comment about animal exploitation with dressing up in broken wetsuits, dog masks and op-shop suits. There’s a lot going. You notice some new funny detail on every re-watch. Georgia Lucy’s voice is so good it wouldn’t really matter if she wasn’t that charismatic, but whether it’s on stage or on video (in this one she embodies a theatrical, mistreated greyhound or a villainous race-goer) she’s endlessly watchable.

The whole things brims with personality, charm, force and passion. It’s a breath of fresh air, especially for those times when it starts to feel like there’s not enough weird stuff happening in Australian music, when it’s all getting a bit too cool. Oh god I’m starting to sound like those Triple J dads asking why no one makes music like TISM anymore. Ignore/kill me.

All the Weathers are a band who write great songs which lets them be as wacky as they like and you always want to see where it’s gonna go. Hopefully the record brings a tour cuz their live shows are anything and everything but boring. Lucy, and bandmates Callumn Cusick and Gigi Lynn are all hectic multi-instrumentalists and make kind of a mix between the tightest band you’ve ever seen and wonderful chaos.

A second video, ‘Fast Lane’ was released on the same day but I didn’t find out about that until I’d finished writing this post. Ah-whoops.