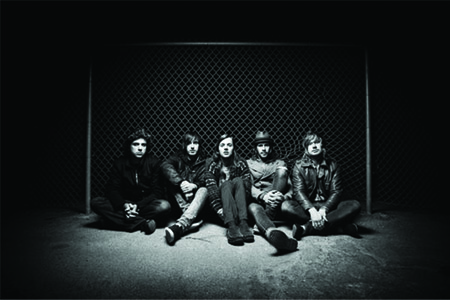 Closure In Moscow – ‘At Night At The Spleen’ (mp3)

When Melbourne lads ‘Closure in Moscow’ announced that they were packing their bags and heading to the US it’s fair to say that there were a few sceptics. However since making the move the guys have been making headway and proving themselves to be one of Australia’s most successful exports of late.

After signing to the widely respected label Equal Visions (home of bands such as Circa Survive and The Fall of Troy) and releasing their highly anticipated debut album ‘First Temple’, the boys have been impressing crowds all across America while playing festivals such as Bamboozle and touring with some of the biggest American punk acts. The success the guys have been having abroad hasn’t been forgotten back home with their first single ‘Sweet#hart’ being the most played track on Triple J in the week of its release.

With songs that are laced in the amazing guitar work of Michael Barret and fronted by the impressive vocal range of singer Chris DeCinque it’s not hard to see why people are quickly taking to Closure in Moscow’s unique sound – but don’t take my word for it, check out this track and see for yourself!